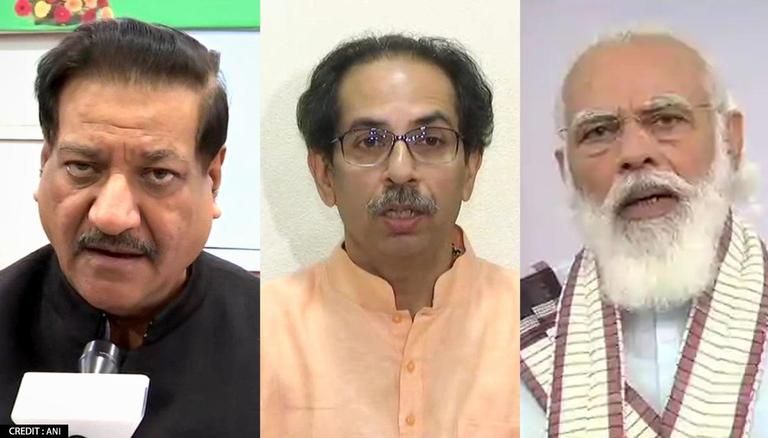 
Amid Maharashtra Congress chief Nana Patole's repeated jibes at MVA allies, ex-CM Prithviraj Chavan backed Uddhav Thackeray to become the Prime Minister in the future. He was responding to a recent survey conducted by Prashnam in which Thackeray secured the highest approval ratings for any CM. Addressing a press briefing on Sunday, Chavan agreed that the Shiv Sena is popular and lauded his governance model. At the same time, the senior Congress leader lambasted PM Modi for the handling of the second wave of the COVID-19 pandemic.

Congress leader Prithviraj Chavan remarked, "He is popular. He should be made the Prime Minister. He is the CM of Maharashtra and is popular. It is possible to deliver people-centric governance. But Modi only believes in publicity."

"If we take the example of vaccination, they stop inoculation for 4 days and pat themselves on the back for creating a record on the 5th day. So many people are losing their lives. We might never come to know how many people died due to the ineptitude of Modi and his team," he added.

Despite winning a comfortable majority of its own in the 2019 Assembly election, NDA could not form the government over Shiv Sena's demand for the rotational CM post. Subsequently, Shiv Sena chief Uddhav Thackeray took oath as the CM of Maharashtra backed by new allies NCP and Congress on November 28, 2019. However, unease within the alliance has come to the fore on multiple occasions with the Sonia Gandhi-led party alleging that it does not have a significant say in the decision-making of the government.

Moreover, Maharashtra Congress chief Nana Patole has repeatedly asserted in the last few months that his party will win a majority on its own in the next Assembly election. Stressing that many people are miffed over the Sonia Gandhi-led party's "growing influence" in the state, Nana Patole has also claimed that the Maharashtra CM and Deputy CM Ajit Pawar are tracking his moves. On July 14, Shiv Sena mouthpiece Saamana took a swipe at Patole over these remarks.

READ | Patole repeats "Pawar is MVA's remote control"; tells Sena to 'look into its own party'

Sena MP Sanjay Raut opined, "He took up the responsibility of giving a boost to the Maharashtra Congress and ensure that Congress comes to power on its own. That's why I must commend his courage. Nana Patole is going to revitalize Congress and take it forward because he has a magic herb or knowledge. Has he given information about this magic herb to either Rahul Gandhi or Priyanka Gandhi?"