Acting on PM Modi's announcement, the Union cabinet will table the proposal to withdraw the three farm laws on Wednesday at its scheduled meeting, sources 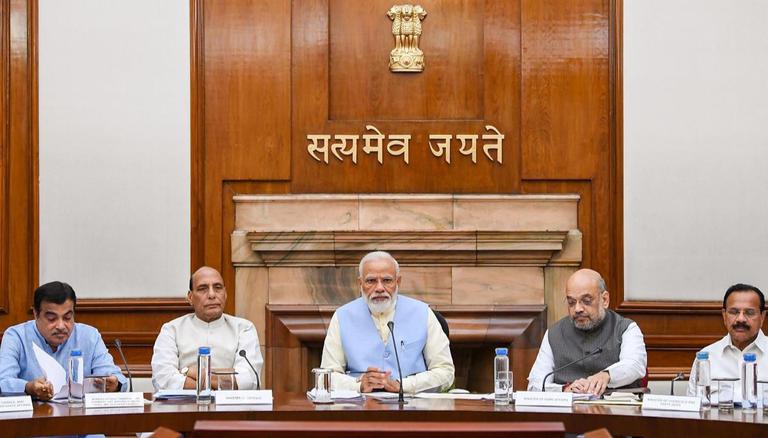 
Acting on PM Modi's announcement, the Union cabinet will table the proposal to withdraw the three farm laws on Wednesday at its scheduled meeting, reported sources. The proposal is likely to be approved and will then be officially withdrawn from the Parliament in the upcoming Winter session. After year-long protests against the three farm laws, the Modi govt succumbed to farmers' whim and has announced its withdrawal.

This move comes a day after ex-Union minister P Chidambaram pointed out that cabinet approval had not been taken for such a decision. Citing BJP leadership's praise for PM Modi's 'statesmanship', Chidambaram wondered why they did not advise him to repeal the laws for 15 months. Farmers have said that they will not stop the protests till it is repealed in Parliament and are set to hold a key meeting today to decide their future course.

On Friday, PM Modi announced that the Centre will officially repeal the three farm laws in the upcoming Winter session of Parliament. Addressing the nation on the occasion of Guru Parab, PM Modi lamented that one section of farmers remained unconvinced of the benefits of the Farm laws inspite of multiple rounds of talks. Repealing the laws, he urged the protesting farmers to head home. He also added that to strengthen the Minimum Support price (MSP) structure, an agricultural committee will be formed. This announcement comes ahead of elections in Uttar Pradesh and Punjab where most protesting farmers hail from.

"Previous govts were also considering the farm laws. We had numerous rounds of talks and were ready to amend them according to their demands. Maybe we lacked somewhere, maybe it is our fault that we could not convince the farmers. All farm laws will be officially repealed in the next parliament session. I request all of you to return to your homes," said PM Modi. He also added that to strengthen the Minimum Support price (MSP) structure, an agricultural committee will be formed.

Farmers have been protesting against the Centre's Farm Laws for nearly a year at the Delhi's borders - Tikri, Singhu and Ghazipur, demanding a total repeal by Parliament. The protest peaked when farmers broke down barricades, entered Delhi, clashing with police and hoisted the SKM flag at the Red Flag on Republic Day. Talks between Centre and farmers stalled after 13 rounds, while farmers protested against the Farm Bills at Jantar Mantar during the entire Monsoon parliament session, passing a no-confidence motion against the Centre at the Kisan Sansad. With the SC staying the laws, 6 states- Punjab, Rajasthan, Chhattisgarh, Kerala, West Bengal and Delhi have passed a resolution in their respective assemblies demanding the withdrawal of the farm laws. Over 700 farmers have died till date amid protests, claim Sanyukt Kisan Morcha.