Union MoS Raosaheb Danve said that Rahul Gandhi was of 'no use to anybody' and was only seen roaming around everywhere like a 'saand' (bull). 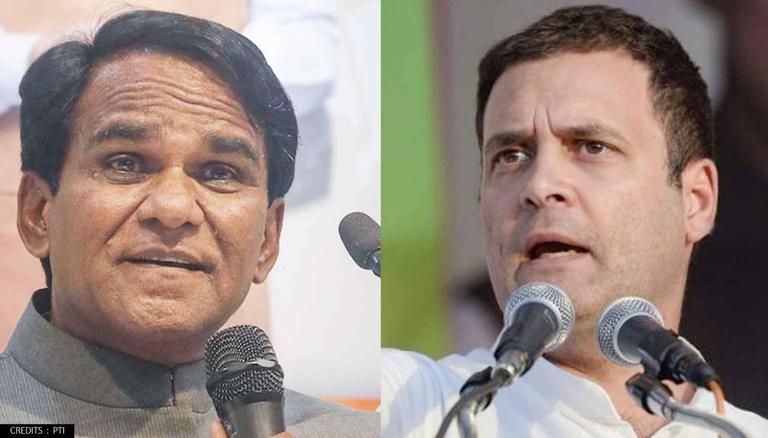 
Union Minister Raosaheb Danve courted controversy on Saturday after he likened Congress MP Rahul Gandhi to a 'stray bull'. Hitting out at the Wayanad MP at a public rally in Maharashtra's Jalna, Danve said that Gandhi was of 'no use to anybody' and was only seen roaming around everywhere like a 'saand' (bull). The Union Minister was addressing Minister of Finance Dr Bhagwat Karad's Jan Ashirwad Yatra in the state.

Danve's statement in Marathi loosely translated to English was quoted by PTI as, "Rahul Gandhi is of no use to anybody. He is like a saand' (bull) dedicated to god. He roams everywhere but is of no use to anyone. I have been in the Lok Sabha for 20 years and have seen his work."

It is important to mention that there are practices in rural Maharashtra where people dedicate a newborn male calf to god. This calf is not used for agriculture or transportation purposes. The Union Minister of State in the Ministry of Railways further said, "Even if such a bull enters a farm and eats the crop, the farmer forgives the animal saying it needs food."

In his address, he also cited the work done by Prime Minister Narendra Modi and how the Centre was attempting to revive the Indian Railways.

"One should look at the great work being done by Prime Minister Narendra Modi. The government is spending money from its coffers as Railways does not generate enough revenue from various sources, including through the sale of tickets," he added.

The Congress came down heavily on Raosaheb Danve's 'stray bull' comparison for Rahul Gandhi, demanding his removal from the Union cabinet. Congress' state unit chief Nana Patole lashed out at the BJP Minister's 'indecent and shocking' remarks, and alleged that he had 'crossed all boundaries.'