After Mamata Banerjee met Sharad Pawar, Republic got inside details from what is being seen as a meeting for the formation of a united front against BJP. 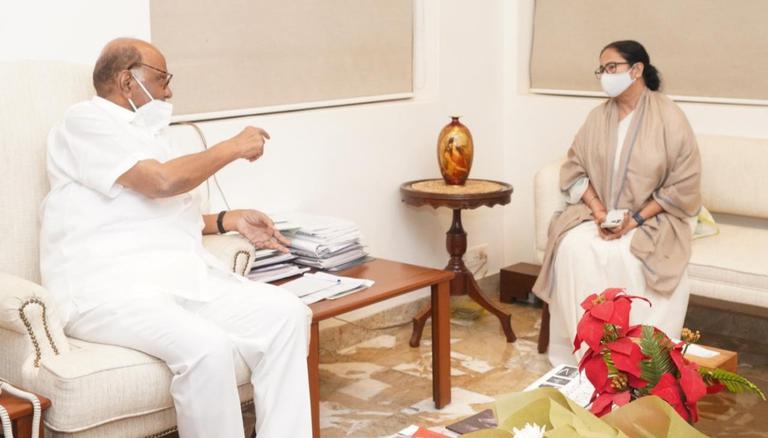 
After Mamata Banerjee met Sharad Pawar, Republic on Wednesday got inside details from what is being seen as a meeting for the formation of a united front against BJP. As per the inside details, the united front will be formed soon. Apart from TMC and NCP, Congress has also been given the offer to join the front if it wants. However, under whose leadership will this united front function, is not yet decided.

Addressing a press briefing with Nationalist Congress Party chief Sharad Pawar, Trinamool Congress chief Mamata Banerjee on Wednesday reiterated the need for a strong alternative force to fight the BJP. Underlining that no party can fight BJP alone, she urged the 'parties that can fight' to come together. For those 'parties who can't fight', hinting at Congress, she said that nothing can be done.

Sharad Pawar had also expressed his agreement to Mamata Banerjee's idea of an alternative force. "Our thinking is not for today, but for election. This has to be established and with that intention, she has visited and had a very positive discussion with all of us," he added. When asked if Congress will be part of this front, the former Maharashtra Chief Minister said, "Be it Congress or any other party, the thing is that those who are against BJP, if they will come together, they are welcome."

'Those who are against BJP, they are welcome. Who will lead the alliance is secondary, providing a strong alternative is important': Sharad Pawar on being asked if Congress will be a part of a united front

Since the time Trinamool Congress has announced that it was going national, its chief Mamata Banerjee has been hell-bent on uniting the opposition parties in a bid to defeat the ruling BJP. In the past few months, she has made several interstate visits and met leaders like Sonia Gandhi chief of Congress, Aam Aadmi Party supremo Arvind Kejriwal. Unable to visit Shiv Sena chief Uddhav Thackeray, Mamata met Sanjay Raut and Aaditya Thackeray. Also, she has now met Sharad Pawar, the supremo of NCP.

WE RECOMMEND
'Mamata touring Mumbai temples to wash her sins, no BJP leader will meet her': Dilip Ghosh
CM Mamata Banerjee to visit Mumbai in December ahead of 2022 Bengal Global Business Summit