Uttar Pradesh on July 8, witnessed violent clashes between supporters of various parties in the wake of nomination filing process for block president elections. 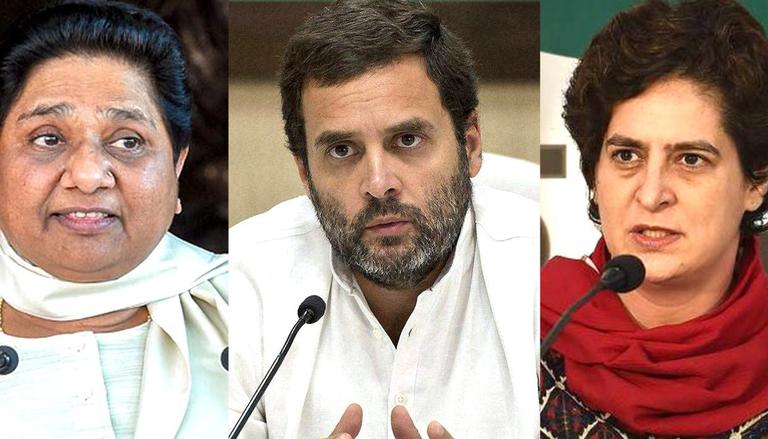 
Uttar Pradesh on July 8, witnessed violent clashes between supporters of various parties in the wake of Block Pramukh election nomination. Following up on the violent clashes, Congress leaders Rahul Gandhi, Priyanka Gandhi and Bahujan Samaj Party (BSP) president Mayawati on Saturday lashed out at the Uttar Pradesh government. The opposition leaders claimed that the state government was responsible for the violence that took place during the block president polls’ nomination filings.

Opposition slams UP govt over violent clashes in the state

Congress leaders Rahul Gandhi, Priyanka Gandhi slammed the Yogi Adityanath-led Bharatiya Janata Party (BJP) government for the violent clashes in the state. Rahul Gandhi took to Twitter to share a newspaper clipping detailing the incidents that took place in the state during the nomination filings for block president polls. "In Uttar Pradesh, the name of 'violence' should be changed to 'masterstroke'," tweeted Rahul Gandhi in Hindi.

Meanwhile, Congress General Secretary Priyanka Gandhi accused the government of preventing a woman from filing nominations. Sharing a video clip on her Twitter handle, the Congress leader claimed that the BJP workers misbehaved with a woman who tried to file a nomination. In the video, a group of men could be seen attacking a woman.

Sharing the video, Priyanka Gandhi wrote, "A few years ago a rape victim raised her voice against a BJP MLA, an attempt was made to kill her along with her entire family. Today BJP crossed all limits to stop the nomination of a woman. Same government. Same behaviour."

The former Chief Minister of Uttar Pradesh targeted the BJP government and said there is no law and order but "jungle raj" in the state. Mayawati said, "Even in the present BJP government in Uttar Pradesh, there is no law but jungle raj, under which innumerable violence in the panchayat elections is taking place and misbehaviour with a woman of Lakhimpur Kheri is also very shameful. Is this their rule of law and democracy? This is something to think about."

Violent clashes in UP amid block panchayat chief nominations

Violence broke out in various parts of the state while the nomination filing process was happening on July 8. According to police reports, a series of violent clashes included a relative of a candidate from the Bahraich district being murdered. The police said that a case have been registered against four people including the BJP candidate for the Block Development Council elections. In Basti, a clash between the BJP workers and police saw the latter resort to lathi-charge to disperse protesters. Meanwhile, in Jaunpur, five were reported injured after a fight broke out between the supporters of two candidates. Many Police vehicles were reported to be vandalised across the state.

READ | Ahead of polls, seven ministers from Uttar Pradesh to be inducted in PM Modi's cabinet