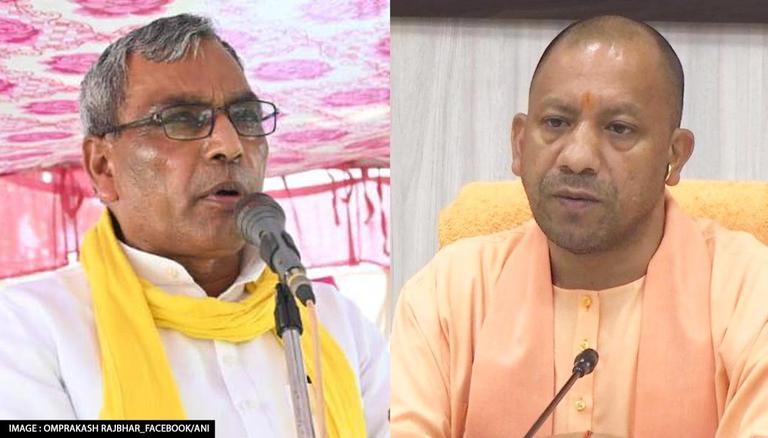 Following the instructions of the UP government, the Ghazipur Police on Thursday evening provided security to former Cabinet minister Rajbhar. Notably, there have been reports of discord between Rajbhar and SP chief Akhilesh Yadav.

It is pertinent to mention that the NDA candidate Droupadi Murmu, on July 21, was elected as the 15th President of India. With a comfortable margin against opposition candidate Yashwant Sinha, Murmu bagged 812 votes and further came out victorious in the race to the Rashtrapati Bhawan. Notably, while the tenure of incumbent president Ram Nath Kovind will end on July 24, Droupadi Murmu will take her oath a day later, on July 25.

READ | Will stand with Akhilesh in 2024 Lok Sabha elections: Rajbhar

Om Prakash Rajbhar announced his party's support for Draupadi Murmu ahead of the Presidential election on July 15. While addressing a press conference, he claimed that Uttar Pradesh CM Yogi Adityanath and Union Home Minister Amit Shah had sought his support for Droupadi Murmu in the presidential elections, following which, he took a decision to support the NDA candidate.

However, Rajbhar denied that there were any rifts in his party's coalition with Akhilesh Yadav's SP, which has pledged to support joint Opposition candidate Yashwant Sinha. Notably, earlier, Rajbhar along with PSP chief and Akhilesh Yadav's uncle, Shivpal Singh Yadav attended a dinner hosted by CM Yogi in honour of NDA’s presidential candidate Droupadi Murmu in Lucknow. This came after both the leaders did not attend a press conference held by SP chief Akhilesh Yadav and RLD chief Jayant Chaudhary in support of Yashwant Sinha.

Om Prakash Rajbhar contested the 2022 Uttar Pradesh Assembly elections in alliance with the Samajwadi Party. His party SBSP won 6 seats and he also won the Zahoorabad seat. Rajbhar has been seen attacking the Akhilesh Yadav-led SP since the return of the Yogi government in 2022.