'Will Campaign For Him': After Sidhu's Daughter Rabia, Amarinder's Daughter Inder Steps In

What was once a fight between Capt Amarinder Singh& Navjot Singh Sidhu, has now engulfed families as well with the daughters of the two coming out to support. 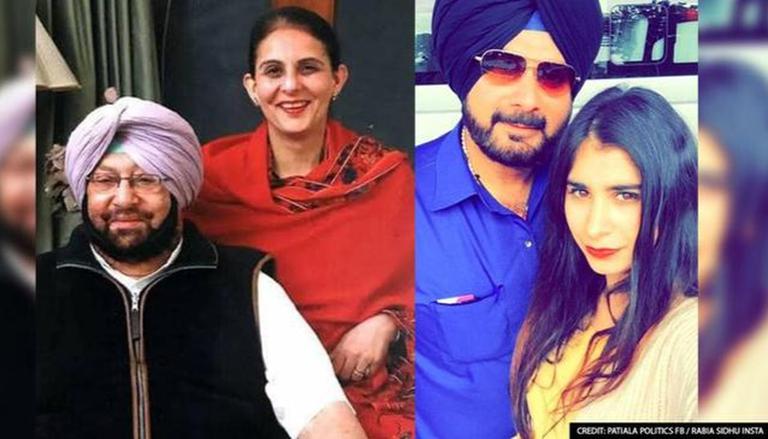 
What was once a fight between Captain Amarinder Singh and Navjot Singh Sidhu, has now engulfed families as well, with the daughters of the two coming out to support. After the latter's daughter Rabia Sidhu showed support for her father during the farmers' 'Black Day'protest, the former's daughter Jai Inder Kaur has come out in support of her father in the 'poster war'. Affirming that he is going to contest from Patiala in the upcoming assembly elections of the state of Punjab, Kaur asserted that she will be campaigning for him.

"My father will contest from Patiala and I will campaign for him," Kaur said.

According to reports, both top leaders in the grand old party's Punjab unit have been trying to put pressure on the high command before they roll out their reports. On one hand, Amarinder Singh's posters emerged in parts of Amritsar East constituency which is Navjot Singh Sidhu's constituency, and on the other, a poster was seen in Patiala, a constituency of Singh, which declared that the entire Punjab is with Navjot Singh Sidhu. The poster also mentioned that Sidhu was the 'voice of farmers' who has also demanded justice in sacrilege cases. However, Sidhu's poster included pictures of all top Congress leaders including Sonia Gandhi, Rahul Gandhi, Priyanka Gandhi, and Manmohan Singh, but Captain Amarinder Singh's picture was missing.

Earlier on Thursday, posters were also put out outside the Punjab Pradesh Congress Committee office, which read, "Capt for 202". Does this put to end the entire 'poster war', you never know.

In order to end the rebellion within Congress' Punjab unit, Sonia Gandhi formed a three-member panel, which comprised Rajya Sabha LoP Mallikarjun Kharge, ex-Delhi MP JP Agarwal, and AICC general secretary in charge of Punjab Harish Rawat. The panel to resolve the impending issues has submitted its report to the interim party chief after having deliberated with all factions, including Chief Minister Captain Amarinder Singh and his rival Navjot Singh Sidhu.

Though the final decision is expected to be taken tomorrow as interim party chief Sonia Gandhi has called for a meeting with the three-member panel, reports suggest that Amarinder Singh cemented his CM seat while the question of Navjot Singh Sidhu being considered as a Deputy CM candidate has been ruled out. There are also reports that  Punjab Congress' incumbent chief Sunil Jakhar is likely to be moved out.

Sidhu has been at loggerheads with the Punjab Chief Minister after the latter denied Sidhu's wife Navjot Kaur Sidhu a ticket for the Lok Sabha elections. He and his wife have publicly attacked the Punjab CM repeatedly during the election campaign. He later patched up with CM Amarinder Singh over an informal lunch, but it seems to have gone awry as Sidhu began to attack the CM again after the Punjab & Haryana HC quashed the SIT probe into the 2015 firing cases on April 9.

He has targeted the CM for not acting against key Shiromani Akali Dal leaders in the same case. The cricketer-turned-politician has alleged that the Punjab government is being run by the Badals from behind the scenes. Sidhu's row with Captain Amarinder also stretches further back than this to the time when Sidhu had gone to Pakistan for Imran Khan's oath-taking as Pakistan's PM and had hugged Pak Army, Chief Bajwa. Upon his return, when questioned about what Captain Singh's view is on this, Sidhu had said 'Kaun sa Captain? Rahul Gandhi is my captain'.