Chief Ministers of Assam, Sikkim, Karnataka, Madhya Pradesh and other states have also condemned the breach in PM Modi's security in Punjab on January 5. 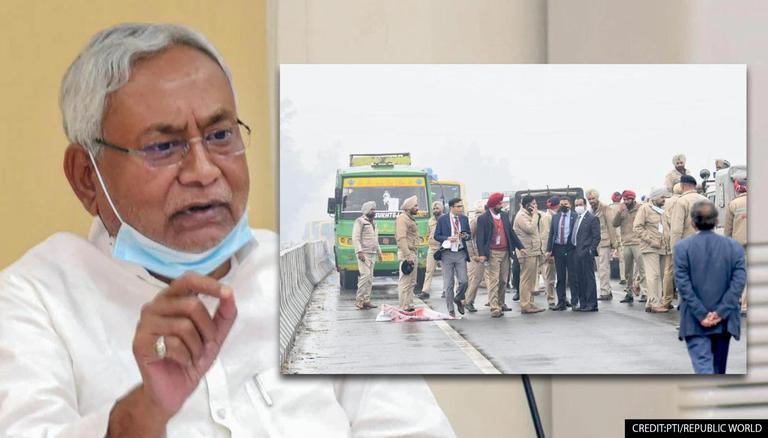 
Bihar Chief Minister Nitish Kumar on Thursday condemned the security breach during Prime Minister Narendra Modi's visit to Punjab, where he was scheduled to inaugurate projects worth over Rs 47,000 crore and address a joint BJP-PLC-SAD(D) rally in Ferozepur. The PM's cavalcade was stranded for around 15-20 minutes atop a flyover in Bhatinda while en route to Ferozepur due to protests.

"CM Nitish Kumar condemns the security lapses during PM Modi's Punjab visit on Wednesday. Due to a security breach, PM Modi had to call off the event and return back to Delhi. The lapses in PM's security is worrisome, condemnable and unfortunate," the Bihar CMO informed in a statement.

"It is the state government's responsibility to provide security to PM when he is on a visit to the state. The Punjab government should have implemented the laid protocols strictly. This type of incident should not be repeated, and those guilty should be given the strictest punishment," the Bihar Chief Minister's Office added in its statement.

Chief Ministers of Assam, Sikkim, Karnataka, Madhya Pradesh and other states have also condemned the breach in PM Modi's security in Punjab. Goa CM Pramod Sawant condemned the incident, and slamming the Congress, urged the people of the state to see the "face of this fascist party".

Former Punjab CM Captain Amarinder Singh, whose party - Punjab Lok Congress - has formed an alliance with BJP for Punjab polls, demanded President's rule in the state following the "grave security lapse" during PM Modi's visit to Punjab. He also asked farmers not to fall for "unrealistic" promises by his rival parties during the poll campaign but vote cautiously.

"There was a grave security lapse and Chief Minister and Deputy Chief Minister should take responsibility," the former Punjab CM said while welcoming senior Congress leader Surinder Singh Kherki into his party. He also slammed Channi for not receiving the Prime Minister.