Male models draped themselves in sarees to create a gender-neutral status for the globally famed Indian wear during Pride Month from June 1 to 30. 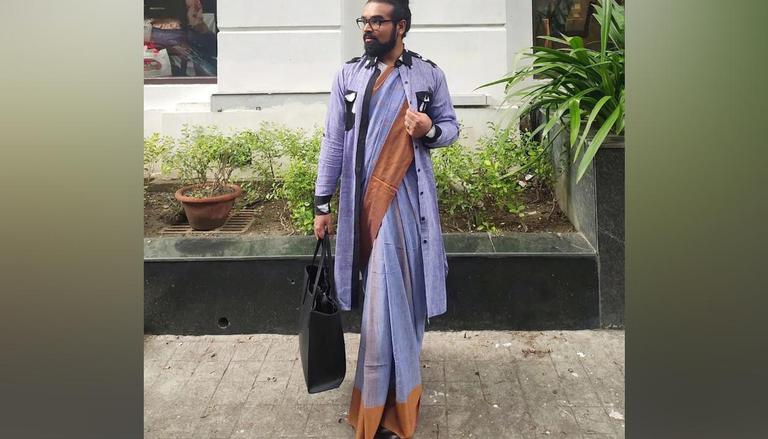 
Kolkata, Jul 2 (PTI) Busting stereotypes, two male models in the city draped themselves in sarees to create a gender neutral status for the globally famed Indian wear during Pride Month.

Models Pritam Ghoshal and Amit Jain created quite a flutter for their stunning photoshoot in which they sported a collection of exclusive sarees in mostly white and black hues with orange and blue streaks in a recent event during the Pride Month from June 1 to 30.

"We represent the new generation of fashionable men who want to smash gender stereotypes and challenge the conventional ideas of masculinity by donning lustrous drapes," Ghoshal said at the special shoot organised on the occasion.

Debaroopa Bhattacharya, the person behind the initiative, said "Stereotypes exist everywhere around us and we are often compelled to live with them as though they are innate to our identity. But why do men have to dress and behave in a certain way? There is no convincing reply." She said the special shoot highlighted the versatility of the saree as a garment and upheld the freedom of choice that an individual possesses to dress and express himself in any way he wishes even if it is a departure from conventional gender specific costumes.

“In the process what emerged is a commendable portrait of men donning the saree in ways that made them look even more dapper than in typical masculine wears,” she added.

"By bringing to light the event, we will be able to attract potential like-minded people and reach the masses," Bhattacharya, who is an innovator for dresses cutting across gender barriers, said.

Jain said "We want to convey the message that clothes are meant to be enjoyed, and experimented with.

"When the barriers are removed, the arena can be expanded in which customers can explore and express themselves in any way they want outside of the rigid constraints of gender stereotypes." The Pride Month celebrates individual rights of LGBTQ and other communities across the world and their right to follow their own culture, have their own sartorial styles and express themselves.

In another photoshoot at a luxury hotel, model Pushpak Sen flaunted the saree with pride.

"Out of all the questions I face, some are consistent. When a fully grown man wears a saree everywhere, how does his mother feel? Does his mother even accept him as her son? ... I wonder, does she even acknowledge him and identify him as her son publicly?" he said.

Posting a picture of him with his mother, Sen said "Here she (mother) is with me, both of us dressed in sarees and sporting bindis. She is overshadowing me though my saree is a Jamdani inspired by the poster of Satyajit Ray's film 'Devi'. " PTI SUS RG MM MM,

READ | Pride parades march on with new urgency across US
READ | Pride month: 'Lock Upp’ fame Saisha Shinde recalls how she was denied to donate blood