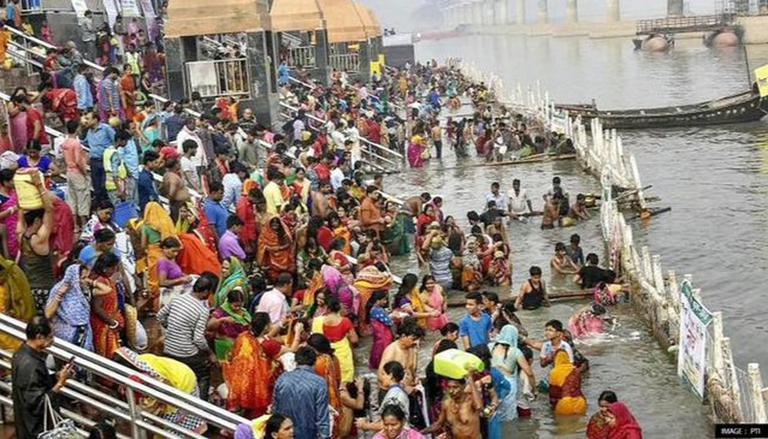 
Chhath Puja is celebrated widely across the Indian states of Bihar, eastern Uttar Pradesh and, Jharkhand and the southern parts of Nepal. Prayers during Chhath Puja are dedicated to the solar deity, Surya, to show gratitude and thankfulness for bestowing the bounties of life on earth and to request the granting of certain wishes. The festival is celebrated for four days-Day 1 is called Nahaye Khaye, Day 2 is called Rasiaav-Roti/Kharna or Lohanda, Day 3 is known as Sandhya Arghya and Day 4 is named as Usha Arghya.

It is celebrated six days after Diwali, on the sixth day of the lunar month of Karthika (October–November) in the Hindu calendar Vikram Samvat. The rituals include holy bathing, fasting and abstaining from drinking water, standing in water, and offering prasad (prayer offerings) and Arghya to the setting and rising sun. Here are the Sunrise and Sunset timings for Chhath Puja Day 3 that will take place on November 10.

On the third day of Chhath puja also known as Sandhya Arghya, an Arghya (offerings) is offered to the Sun God during the Kartik Shukla Shashthi. In the evening, a bamboo basket is decorated with fruits, thekua and rice laddus, after which devotees offer their prayers to the sun with their families. At the time of Arghya, water and milk are offered to Sun God.

On the eve of this day, the entire household accompanies the ratings (people who fast) to a riverbank, pond or a common large water body to make the offerings to the setting sun. It is during this phase of Chhath Puja that the devotees offer prayers to the just setting sun. Although the festival is observed mostly in the states of Bihar, Uttar Pradesh and Jharkhand, it is also common in areas where the diaspora and migrants from those areas have a presence. It is celebrated in all northern regions and major northern urban centres in India.

READ | Chhath Puja 2021: Details about vidhi, samagri, story and how the festival is celebrated