Shani Jayanti is a Hindu festival that is celebrated each year in May/June to celebrate the birth of Lord Shani. Read on to know the Shani Jayanti 2021 date. 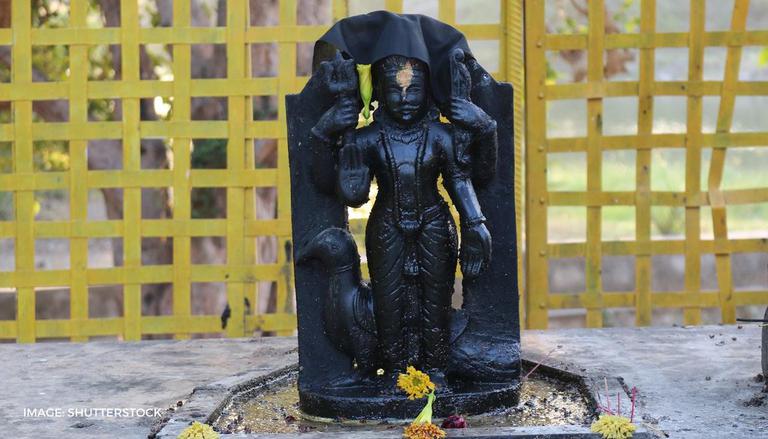 As per Hindu mythology, Shani Dev is the son of Lord Surya and Devi Saranyu. It is said that Devi Sarnyu could not bear the heat and brightness of Lord Surya and left him. She went away for penance and left her Shadow Chaaya to take her place. As the story goes, Shani Dev was born during the time when Devi Chaaya was in severe penance meditating Lord Shiva, he was born dark. The dark skin tone of Lord Shani made his father Lord Surya doubt the chastity of her mother and insulted Lord Shani.

Lord Shani became infuriated by his father's constant insults and cast a cruel curse on him, due to which Lord Surya burnt and became black himself. Lord Shiva stepped into the situation and healed Lord Surya, telling him that Shani is indeed Surya's son. Lord Shiva also gave a multitude of powers to Lord Shani and granted him the authority to punish people for their wrong and evil actions.

In Indian mythology, Lord Shani is the God of the planet Saturn and the day of Saturday. The planet Saturn (Shani) has a lot of importance in a Hindu person's astrological birth chart. Saturn is often considered a negative influence in a person's life and a person suffering ill fate is said to be suffering the wrath of Shani Dev. However, Shani is also considered to be the planet of Karma meaning Shani Dev tests people with hardship and suffering and if they successfully pull through, they are rewarded with good fortune.

READ | Kurma Jayanti 2021 date, significance, rituals and how to celebrate this day

WE RECOMMEND
Shani Jayanti images to share with your family and friends to mark the day
Shani Amavasya 2021: Date, time, significance, history and why is this day important
Maharana Pratap Jayanti wishes in English to celebrate the great valor of the heroic king
World Turtle Day theme for this year and other information about the day
Vaishakha Amavasya 2021: What is the significance and history of this day?