World day against child labour 2021: Know the theme, significance, history & more details about this day. Read on to check out the quotes to share with family. 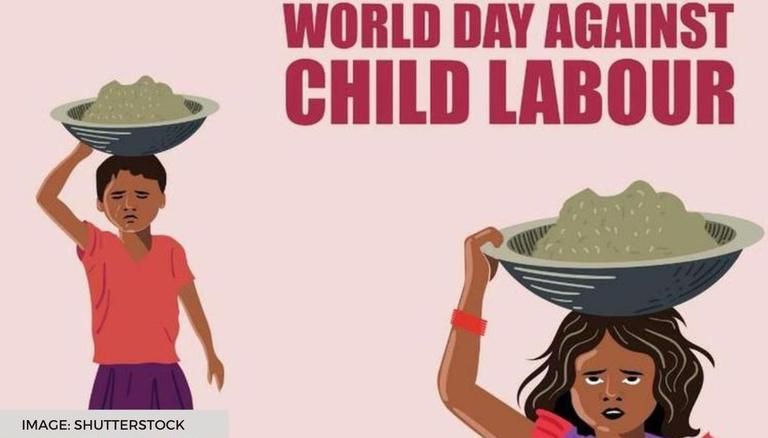 Children are the future of any country. The more educated and informed they are, the faster their development and progress will be. The International Labour Organization's World Day Against Child Labor focuses on the right to education for all children around the world, regardless of their economic condition, race, or caste. All children should be able to attend school so that the United Nations' Sustainable Development Goals can be met by 2030.

The International Labour Organization (ILO) of the United Nations recognised 2002 as "World Day Against Child Labor." This day was established so that people all around the world would be reminded of the horrors committed against children around the world. It was marked to raise awareness that employing a child for work is both illegal and morally wrong.

Child slavery is a crime against humanity. Humanity itself is at stake here. A lot of work still remains, but I will see the end of child labour in my lifetime - Kailash Satyarthi

Safety and security don’t just happen, they are the result of collective consensus and public investment. We owe our children, the most vulnerable citizens in our society, a life free of violence and fear - Nelson Mandela, Former President of South Africa

If we are to teach real peace in this world, and if we are to carry on a real war against war, we shall have to begin with the children - Mahatma Gandhi

Children are our most valuable resource - Herbert Hoover, 31st President of the United States

Children are likely to live up to what you believe of them - Lady Bird Johnson, Former First Lady of the United States

Children are great imitators. So give them something great to imitate - Anonymous

WE RECOMMEND
Canada Day wishes to greet your near and dear ones on this special occasion
World Elder Abuse Awareness Day quotes that you must check out
Child labour increases worldwide for first time in 20 years; ILO, UNICEF issue appeal
World Day Against Child Labour posters to raise awareness and prevent child labour
Madhuri Dixit and her pet Carmelo miss 'simple pleasures' of meeting friends at beach