On Wednesday, an aircraft-themed eatery called HighFly opened in Gujarat's Vadodara district to give a 'dining in the air' experience to customers 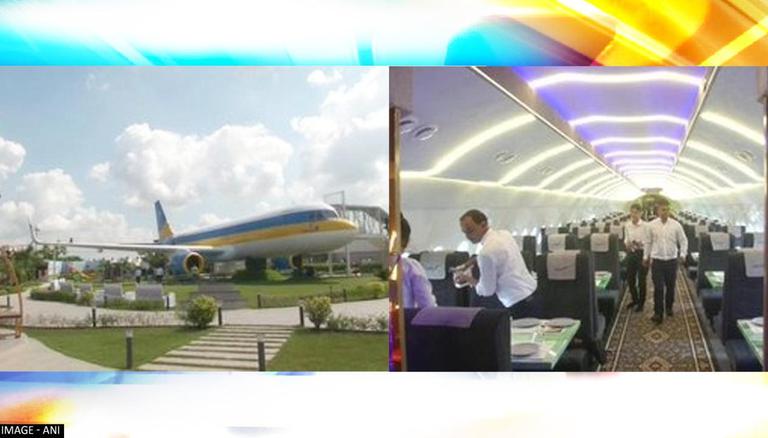 
Customers were delighted on Wednesday when an aircraft-themed eatery called HighFly debuted in Gujarat's Vadodara district. Customers can now fulfil their goal of 'dining in the air' while sitting on the ground at this restaurant, which is located on the major road near the highway of Vadodara city. The aeroplane can carry 106 passengers at a time. Sensors have been fitted inside the aircraft, just like during a flight, to call the waiter. At the same time, working staff such as air hostesses and cabin crew have been hired.

"An Airbus 320 was bought from a company in Bengaluru to build this restaurant. Each part of the aircraft was brought to Vadodara & it was remodeled as a restaurant," said MD Mukhi, owner of the restaurant (27.10) pic.twitter.com/ICIxKmjcKM

Managing Director Mukhi, owner of the restaurant told ANI, "An Airbus 320 was bought from a company in Bengaluru to build this restaurant. Each part of the aircraft was brought to Vadodara and it was remodelled as a restaurant."

"The restaurant will make you feel like you are travelling in a real-life aircraft. Different food options are available here, including Punjabi, Chinese, Continental, Italian, Mexican and Thai," he added.

S Ali, a customer at the restaurant told ANI, "I enjoyed visiting this restaurant. It is a unique concept indeed." Shehnaaz, another customer said, "On our way to Surat, we saw a plane like a restaurant here. I came here with my family and felt happy to see such a place. It felt like we are actually sitting on a flight." Everyone who enters this restaurant is issued a boarding permit, much like a flight ticket, just like how a person boards a plane at the airport.

Last week, the Central Railway announced the establishment of a 'Restaurant on Wheels' at Mumbai's Chhatrapati Shivaji Maharaj Terminus (CSMT), which is said to provide customers with a one-of-a-kind dining experience. According to a press release issued by the authorities, the eating establishment is located within derelict rail coaches on rail tracks.

Chief PRO, Central Railway Shivaji Sutar said that the restaurant coach, which is mounted on rails, is positioned in Heritage Gully, opposite platform number 18 at the CSMT. According to him, the Heritage Gully houses rail artefacts such as narrow-gauge locomotives and parts of an ancient printing mill, among other things.