Convalescent plasma does not reduce the risk of intubation or mortality in COVID-19 patients, and those who received it had more major side effects. 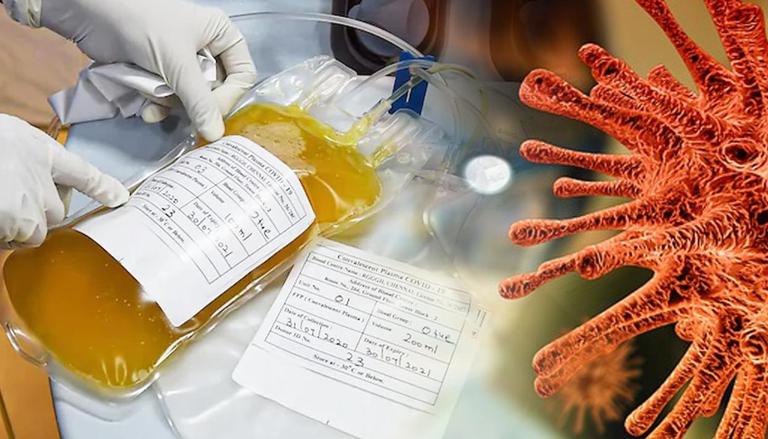 
According to a study, convalescent plasma does not reduce the risk of intubation or mortality in COVID-19 patients, and those who received it had more major side events than those who received conventional care. Intubation is a treatment that involves inserting a tube into the windpipe to make breathing easier.

The study, which was published in the journal Nature Medicine, also discovered that the antibody profile in the blood of people who have been infected with the virus is extraordinarily diverse, which could affect the treatment response. Blood from patients who have recovered from disease is used in convalescent plasma therapy to help others recover.

The researchers are cautioning against using convalescent plasma

Donald Arnold, a professor at McMaster University in Canada and co-principal investigator of the study said "it has been thought that the blood plasma of COVID-19 survivors would help those seriously ill from the virus but, unfortunately, it does not." He further stated, "we are cautioning against using convalescent plasma to treat COVID-19 hospitalised patients unless they are in a closely monitored clinical trial."

Due to the highly variable immunological response to the virus, the trial discovered that convalescent plasma had highly varying donor antibody concentrations. The presence of different antibody profiles in convalescent plasma was found to have a substantial impact on whether or not patients required intubation. A higher risk of intubation or death was linked to unfavourable antibody profiles, which included low antibody titres, non-functional antibodies, or both.

These findings may explain the apparent discrepancy between randomised trials showing no benefit and observational studies showing better outcomes with higher titre products compared to low titre products, according to Jeannie Callum, an associate scientist at the Sunnybrook Research Institute in Canada, who was a co-principal investigator on the study. The researchers speculated that the harm could be caused by the transfusion of convalescent plasma with antibodies that aren't working properly.

CONCOR-1 researchers plan to work with other study investigators

According to Philippe Begin, an associate professor at the University of Montreal in Canada, one idea is that such defective antibodies could compete with the patient's own antibodies and impair the mounting immune response. Begin said that this behaviour has already been reported in animal models and human HIV vaccination research. He went on to say that the CONCOR-1 researchers plan to work with other worldwide study investigators to further understand the dangers and advantages of convalescent plasma.