A study revealed that COVID-19 vaccines are effective against highly transmissible Delta variant, but the protection seems to be waning among older people. 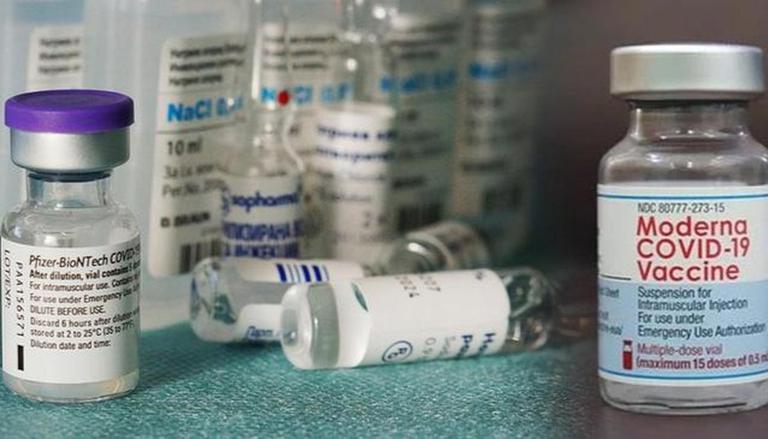 
A recent study revealed that while vaccination reduces chances of hospitalisation and death from COVID-19, including highly transmissible Delta variant, vaccine protection seems to be waning among older people - especially among those who are aged 75 years and above. The findings were released on Friday, in the US Centres for Disease Control and Preventions' weekly report on death and disease.

The researchers stated that data on hospitalization was analyzed from as many as nine states in the United States. The study, which comprises more than 32,000 visits to urgent care centres and hospitals, also found that the Moderna Inc vaccine was more effective at preventing hospitalizations compared to the Pfizer-BioNTech or Johnson & Johnson. This was noted among individuals of all ages, stated the findings.

The study further revealed that the Moderna Inc vaccine was 95% effective at preventing hospitalization whereas the efficacy rates of the Pfizer-BioNTech and Johnson & Johnson were 80% and 60% respectively. However, in another study, it was found that protection offered by two doses of the Pfizer-BioNTech and the Oxford/AstraZeneca vaccines begins to wane within six months.

The data analysed by Britain’s ZOE COVID study found that the effectiveness of the Pfizer vaccine at preventing COVID-19 infection fell from 88% to 74% after five to six months of vaccination. Meanwhile, for the AstraZeneca vaccine, effectiveness fell from 77% to 67% during the same period of time. The researchers claimed that the findings were based on data from more than 1.2 million test results.

READ | Which mask is more effective against COVID; cloth or surgical? Study reveals

Noting the result of the findings, Tim Spector, principal investigator for the ZOE COVID study, stressed the importance of taking booster shots. Spector warned that vaccine protection could fall even below 50% under the worst-case scenario for the older population and healthcare workers by winter, as reported by BBC television last month. He also stated that people concerned need to tackle the issue as the number of cases and the chance of infection are still high. It should be mentioned here that Britain is planning for a COVID-19 vaccine booster campaign later this year. This comes after it was analysed that it might be necessary to give third shots to the elderly and most vulnerable people.