Long-term exposure to particulate matter (PM2.5) air pollution doubles the risk of losing smell. The study has been published in the Jama Network Open. 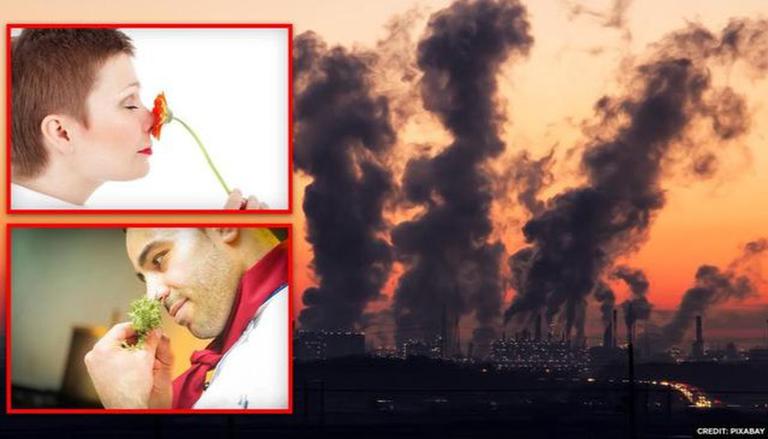 
Long-term exposure to particulate matter (PM 2.5) air pollution doubles the risk of losing smell. According to the new study, the loss of smell is a condition known as anosmia that can severely impact a person’s quality of life, making it extremely difficult for a person to taste food. The study was conducted by researchers from Johns Hopkins University and has been published in the Jama Network Open.

The loss of smell makes it extremely difficult to taste food, detect airborne hazards in the environment and carry out other functions that depends on the sense. People with anosmia may face weight problem, decreased social interaction, depression and anxiety. In some of the cases, the loss of smell has been linked to death in old people. The researchers studied 2,690 people, aged 18 and above, who were observed by otolaryngologists between January 2013 and December 2016. Among these people, 538 were diagnosed with anosmia, with an average age of 54 and with men being in the majority with 63 per cent.

The researchers found long-term airborne exposure to PM2.5 increases the risk of losing ones smell by nearly twice (a 1.6- to 1.7-fold increase). They believed that this may occur due to the location of the olfactory nerve, which contains the sensory nerve fibres relating to the sense of smell. Murugappan Ramanathan, lead author of the study and associate professor of otolaryngology at the Johns Hopkins University School of Medicine said that they included participants from a variety of areas in the study but mostly people were from urban areas where pollution levels are highest.  He added that they wanted to assess how the exposure to PM2.5 air pollution might cause people to lose their smell.

"Based on this result, we feel that long-term exposure to high levels of PM2.5 represents a common risk factor for the loss of sense of smell, especially in vulnerable populations such as older people — but also one that is potentially modifiable if sources of PM2.5 components can be better controlled," said Ramanathan.