Adding a spin to the Halloween celebrations, a man from Yorkshire paddled down a river riding on a 619 kg pumpkin. He has asked the Guinness World Records to acknowledge his achievement.

As the world celebrates Halloween on Wednesday, October 31, people around the globe donned quirky costumes and joined the goofy parade. However, people have their own ways to celebrate the day. Adding a spin to the celebrations, a man from Yorkshire paddled down a river riding on a 619 kg pumpkin in order to mark the day. Tom Pearcy, the owner of York Maze, is reportedly claiming a to have broken a world record by paddling such a giant pumpkin down a river. As per media reports, a humongous pumpkin was lifted into the River Ouse via a crane at Ouse Bridge, from where Tom paddled his way through the river and reached Skeldergate Bridge covering around 400 meters. His company, York Maze, has applied to Guinness World Records stating that he rode the largest pumpkin boat ever and asked them to acknowledge his achievement. 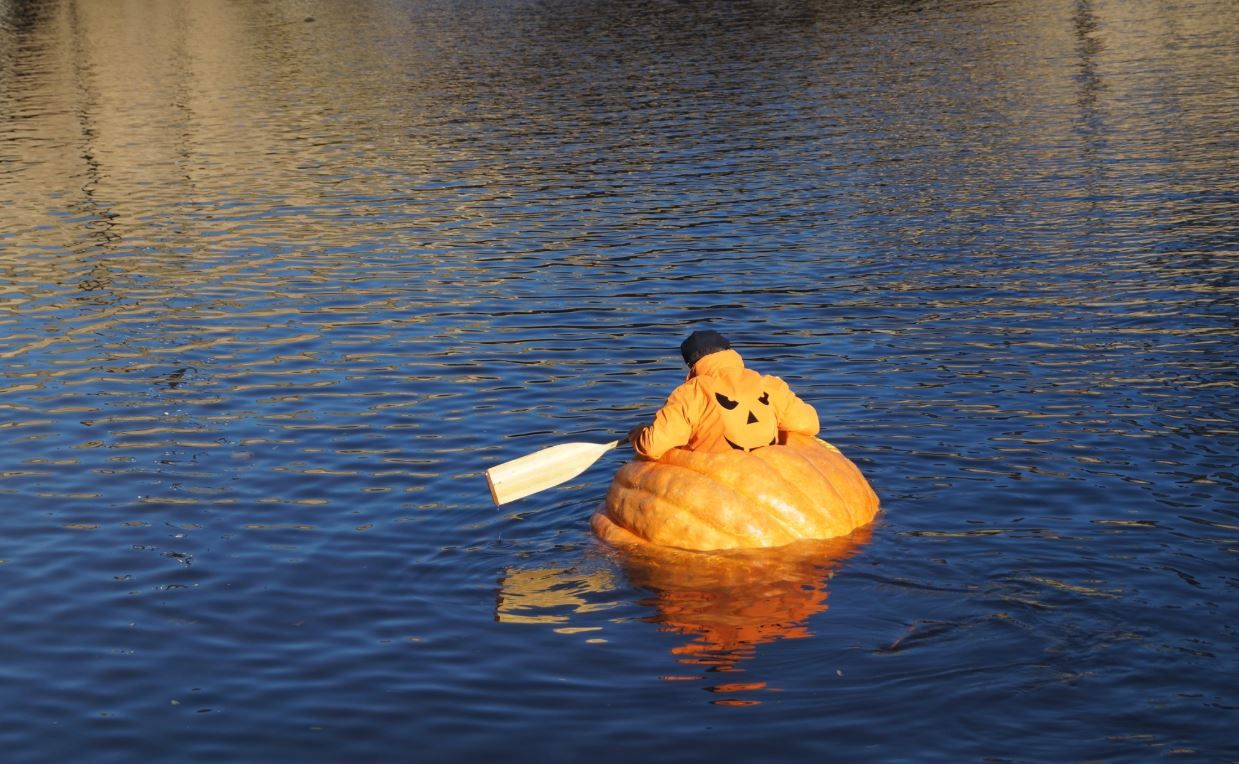 Since riding a vegetable is not a very common thing, Pearcy did not compromise with his safety. Rescue boats were on the scene all the time to handle the situation in case the pumpkin-vessel collapsed. Fortunately, it was a successful event and no mishap took place. York Rescue Boat shared a picture on Twitter where the officers can be seen posing with Pearcy and his pumpkin after they were brought back to the banks. They took social media shared the picture and captioned it saying, "Pumpkin Boat Event complete. Thank you to Tom and the team at @Yorkmaze for the experience and well done on your new World Record."

Pumpkin Boat Event complete. Thank you to Tom and the team at @Yorkmaze for the experience and well done on your new World Record. pic.twitter.com/k8hlQicaMm

READ: Halloween 2018 | These Dogs Dressed In Halloween Costumes Are Taking Over The Internet

When returned to the coast, Pearcy was asked how he felt executing the stunt to which he replied he felt 'slimy' as he struggled to climb out the curvy pumpkin. He said that it was an exciting experience for him and further added that he never thought he would claim a world record for floating a giant pumpkin down the River Ouse. The 619 kg pumpkin will reportedly be kept on display at York Maze until Sunday, November 4.

As per media reports, a pumpkin race is held in Germany every year where 'boats' weigh at least 250kg to minimize the risk of capsizing. However, the pumpkin Pearcy rode on is reportedly heavier than any other pumpkin boats ever recorded.

PEOPLE HAVE PLEDGED SO FAR
Is Manali too cold right now? It is, but it's also a treat for snow lovers
Norway travel tips that will help you with local transportation in the country
Things to do in Meenambakkam: Fine dining restaurants to visit with family
Bahamas travel guide: All the things to do and not miss out on at these Carribean islands
Things to do in Waterford: Here are the places to visit in the southeastern Irish city
DO NOT MISS
AAP CHALLENGES BJP TO ARREST IMAM
KANGANA,ADNAN FOR PADMA AWARDS
PM NETANYAHU WISHES PM MODI
RAHUL GANDHI SLAMS BHIMA-KOREGAON
PANT IS TALENTED SAYS KAPIL DEV
LIFE INSURANCE FOR NRI IN INDIA