The James Webb Space telescope has many eyeballs glued to it and most recently, it evoked a reaction from tech genius and billionaire Elon Musk. 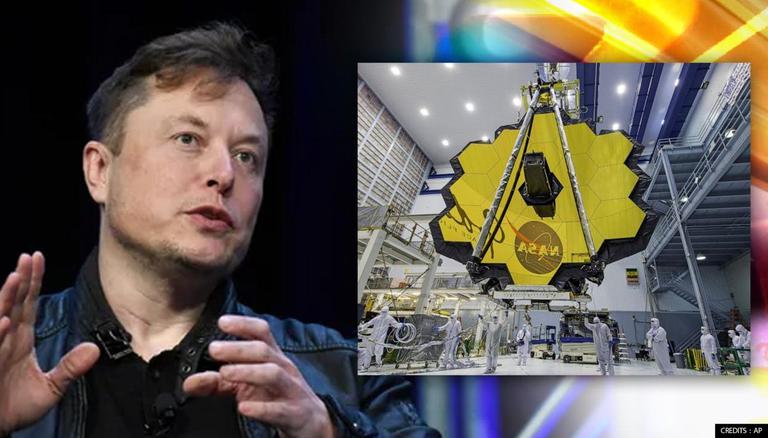 
The James Webb Space Telescope (JWST), which is the world's most powerful and most complex observatory ever built, is just steps away from unraveling the biggest cosmic secrets and, needless to say, anticipations around it are at their peak. Ready to lift off on December 24, the Webb telescope has many eyeballs glued to it and most recently, it evoked a reaction from tech genius and billionaire Elon Musk. Replying to a BBC Twitter article, that shed light on Webb's goals of searching the 'end of darkness', Musk called it a "big deal".

This is a big deal

Why did Elon Musk call Webb's mission a 'big deal'?

For those new to this scientific leap, launching the Webb telescope is actually a big deal for quite a few reasons. First of all, the telescope is a collaboration of three space agencies - NASA, the European Space Agency (ESA) and the Canadian Space Agency (CSA) and is finally nearing its launch after 30 years of development. Not to forget, apart from an insane amount of time, the space agencies have poured in nearly $10 billion of capital to bring Webb into existence.

Another reason what makes the Webb telescope a big deal is the path it will be treading on. Built to detect even the faintest of the information-carrying infrared light, the telescope will peer back in time, nearly 13 billion years ago, when the first stars emerged. This telescope being built in a way with results to be expected like that of a time machine, through which scientists will revisit the early days of our universe and learn how the universe got filled with light. It is known that before the big bang, all that the universe had in the name of cosmic entity was darkness, and this darkness was eliminated with the ignition of the first stars far away from our planet. The telescope will hunt for the lights that emerged from the first stars billions of years ago after it points its 21-foot gold-plated mirrors toward a tiny space of the sky. JWST senior project scientist and Nobel Prize winner John Mather told BBC,

READ | Clip of Elon Musk lookalike stuns netizens, say 'anything can be found in China'

They will be just little red specks. We think there should be stars, or galaxies, or black holes maybe beginning at 100 million years after the Big Bang. There won't be many of them to find at that time but the Webb telescope can see them if they're there, and we're lucky.

WE RECOMMEND
The Moon might be James Webb Space Telescope's next biggest launch obstacle: NASA
Elon Musk asserts he would be 'surprised' if humans don't reach Mars within five years
Elon Musk slams Elizabeth Warren over criticism of his taxes, calls her 'Senator Karen'
Elon Musk reacts to video featuring human-like robot, says 'real androids are coming'
Elon Musk shares careers that would have most secured jobs in the future; here's the list