The spacecraft was shifted to ESA's European Space Research and Technology Centre (ESTEC) in April where it was subjected to rigorous space conditions. 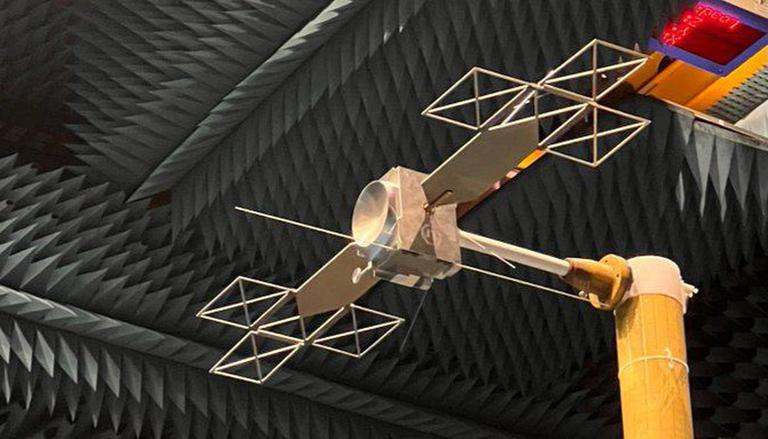 
The European Space Agency (ESA), on Thursday, December 30, revealed that it has begun testing the radar antenna of its Juice spacecraft which is bound for Jupiter in 2023. In a recent report, the agency said that the test is being conducted on a model of spacecraft which has been designed to peer into the atmosphere of Jupiter’s Moons. The radar called the RIME instrument (Radar for Icy Moons Exploration) is being tested at ESA’s Hertz (Hybrid European RF and Antenna Test Zone) chamber in the Netherlands and it will be used to peer as much as nine kilometres deep.

📷 This is a 1:18 scale model of @ESA_JUICE, our spacecraft that will travel to #Jupiter, being used at #ESTEC @TestCentre to test the 16 m radar antenna that the spacecraft will use to probe down 9 km below the surfaces of the gas giant's largest moons 👉 https://t.co/xKXcZ3cXq6 pic.twitter.com/7vBFFbCmGC

Scientists are using the instrument in a chamber that has a spiky foam cladded interior that screens external radio signals while it absorbs the interior radio signals to create conditions simulating the infinite void of space. According to ESA, the hybrid Hertz chamber has a unique feature as it can serve all kinds of satellites and antenna systems by assessing radio signals emerging from antennas nearby and even those that have travelled thousands of kilometres of space.

More about the Juice mission

Short for Jupiter Icy Moons Explorer, the Juice mission is planned to be launched in 2023, following which it will explore the Moons of the gas giant Jupiter. Interestingly, the spacecraft is being designed to last three years where it will gather data on ocean-bearing Ganymede, Callisto and Europa, Jupiter’s largest Moons.

“The mission will investigate the emergence of habitable worlds around gas giants and the Jupiter system as an archetype for the numerous giant exoplanets, now known to orbit other stars” ESA said in a previous report.

Earlier in April this year, the spacecraft was shifted to ESA's European Space Research and Technology Centre (ESTEC) where it was subjected to rigorous space conditions. The agency revealed in its previous report that Juice endured extreme heating and cooling cycles under vacuum, to confirm the spacecraft is ready for its long journey through the Solar System. The testing was done keeping in mind the fact that spacecraft will experience temperatures varying from 250 degrees celsius when it gets close to Jupiter to -180 degrees celsius when it gets close to the Moons. Currently in the Netherlands, the spacecraft will be shifted to Europe’s Kourou spaceport in French Guiana before it gets launched in Ariane Space’s Ariane 5 rocket.