David Kipping from the University of Columbia found a massive object orbiting a Jupiter-sized planet. Scientists believe it could be an interstellar moon. 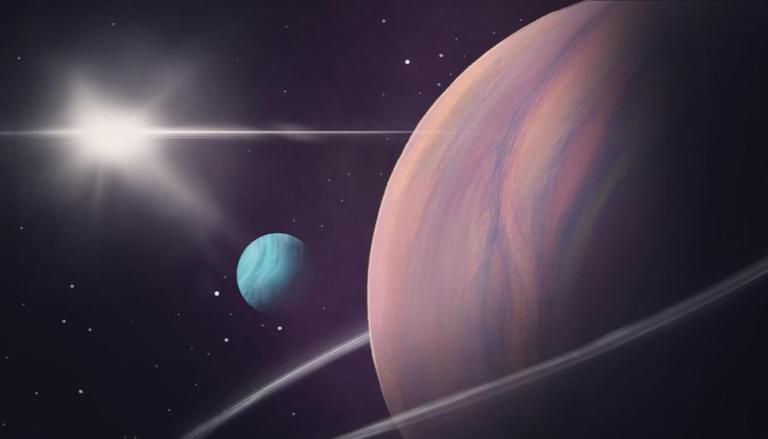 
In what could be a rare find, astronomers have reported the discovery of an exomoon, or moon orbiting a planet beyond our solar system. Located by David Kipping from the University of Columbia, this astronomical body was found orbiting a Jupiter-sized planet named Kepler 1708b. Lying in the Cygnus and Lyra constellations. the planet is 5,000 light-years from the Earth and its moon is 2.6 times larger than our planet. If confirmed, the exomoon will prove that such entities are just as common as exoplanets in the universe, the astronomers noted in their study published in the journal, Nature Astronomy.

Kipping, who has spent the last decade hunting for exomoons said in a University statement, "Astronomers have found more than 10,000 exoplanet candidates so far, but exomoons are far more challenging. They are terra incognita".

It is worth mentioning that this is the second sighting of an exomoon by Kipping as the last one was discovered four years ago. However, a roadblock in this discovery is the confirmation and verification of the orbiting body which, according to experts, can take years considering the previous discovery is still not confirmed.

Astronomers stumble on 'a stubborn signal'

Kipping and his team were able to locate this exomoon using the sample of the coldest gas giant planets captured by NASA’s Kepler spacecraft. The researchers scanned 70 such planets and found just one candidate, Kepler 1708b, with a moon-like signal. "It’s a stubborn signal. We threw the kitchen sink at this thing but it just won’t go away", Kipping said. However, this discovery will now entail follow-up studies using the Hubble Space Telescope.

Although it would be early to celebrate, an independent astronomer from Germany, Michael Hippke called it 'science at its best' and said that he is excited to see a second exomoon candidate. Discoveries of exoplanets are made by observing the star and if a dip in light emerging from that star is being caused at regular intervals, it hints towards an orbiting planet. When it comes to discovering moons, a similar method is applied except a planet replaces a star and the process is more difficult owing to the smaller sizes of the moons. However, Kipping said that the search is worth it and added, "Those planets are alien compared to our home system. But they have revolutionised our understanding of how planetary systems form."