ISRO revealed that the GSAT-24 satellite is undergoing health and performance checks at cleanroom facilities at the Kourou spaceport in French Guiana. 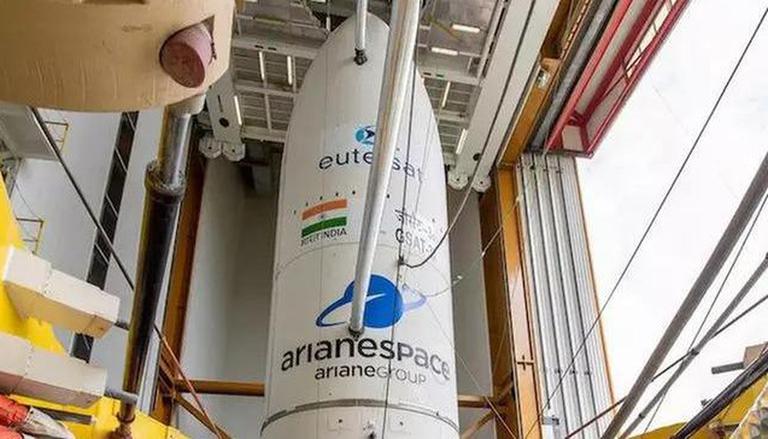 
The Indian Space Research Organisation (ISRO), on May 31, provided a key update on its upcoming mission, which is targeted for launch on June 22 this year. Named GSAT-24, it is a satellite mission that will take off in an Ariane 5 rocket from Europe’s Spaceport in Kourou, French Guiana. The satellite has been developed by NewSpace India Limited (NSIL), ISRO's commercial arm, for television service provider Tata Sky.

"NewSpace India Limited (NSIL), a Govt. of India company under Department of Space (DoS) is undertaking GSAT-24 satellite mission as its 1st Demand Driven mission post space reforms", ISRO said in its latest update. The agency also revealed that the satellite is undergoing health and performance checks at cleanroom facilities in French Guiana as part of the launch campaign activities.

The GSAT-24 is a 24-Ku band communication satellite weighing 4,180 kg with Pan India coverage for meeting DTH application needs, says ISRO. The satellite will be launched in a rocket to be provided by Arianespace under an agreement that was made on September 28, 2021. In an official release by Arianespace, the company highlighted its "outstanding partnership" with ISRO as the new satellite will be the 25th to reach orbit in an Ariane rocket.

Stéphane Israël, CEO of Arianespace, had expressed his elation at his company being chosen by NSIL for the first time since the latter's creation in 2019. "We proudly performed 24 launches for India, continuously and successfully supporting its institutions, businesses and population's needs. We are thrilled to see this upcoming launch consolidate our relationship, which is a two-way street, with Indian launchers having orbited European satellites", the CEO had said. Notably, ISRO's relationship with Arianespace dates back to the year 1981 when the French company launched India's Ariane Passenger Payload Experiment (APPLE), an experimental communication satellite launch mission.

According to ISRO, the satellite was shipped to the Kourou spaceport on May 18 using C-17 Globemaster aircraft after receiving clearance from the PSR (Pre-Shipment Review) committee following assembly, integration and environmental tests. The satellite was received in Kourou on May 19 and is now undergoing final preparations ahead of the launch next month.