James Webb Space Telescope Officially Crosses The Moon; Know Where It Is Now

Webb is currently 28,38,400 miles from Earth and has completed almost 32% of its journey towards L2 while travelling at a speed of one kilometre per second. 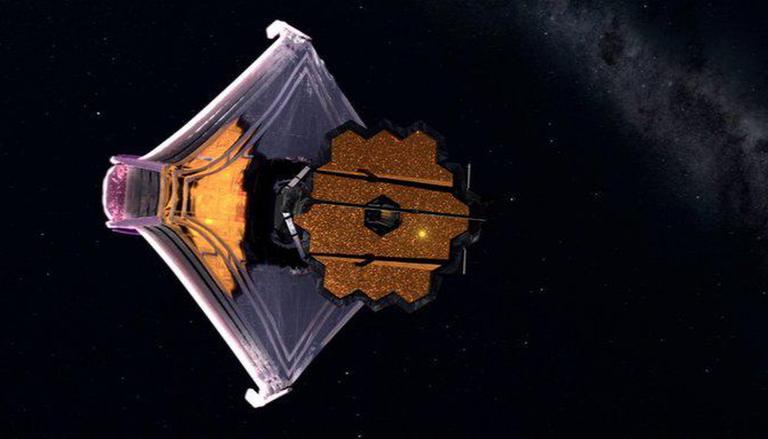 
The James Webb Space Telescope has crossed Earth’s nearest neighbour, the Moon as it continues to cruise toward its destination, the second Lagrange point (L2). Launched on December 25 from Kourou spaceport in French Guiana, Webb is on the third day of its journey, which is estimated to end after 29 days. According to NASA’s recent update, the telescope has officially zoomed past the Moon’s altitude and scientists also completed the second course-correction burn to adjust Webb’s trajectory.

At the time, Webb is currently 28,38,400 miles from Earth and has completed almost 32% of its journey towards L2 while travelling at a speed of one kilometre per second. As for the mid-course correction burn, scientists conducted it to fine-tune the telescope with its trajectory. According to NASA, there are a total of three burns planned which are MCC-1a, MCC-1b, and MCC-2. The second burn was a shorter burn performed before the sun shield deployment in contrast to the first one which is the most important and the only other time-critical operation aside from solar array deployment. You can track the telescope live here.

Earlier on Monday, the European Space Agency (ESA), one of the developers of the telescope, shared a picture where Webb was spotted miles into space.

Image of @ariane5 #VA256 upper stage and the NASA/ESA/CSA James #Webb Space Telescope IN SPACE, as seen by friends at the #Tautenburg Schmidt telescope in Germany, at 23:23 GMT/00:23 CET last night (pic: S. Melnikov, C. Högner and B. Stecklum, via @markmccaughrean) pic.twitter.com/HFqJKRPCVo

The picture shared by ESA features the telescope deep into space and also the upper stage of the Ariane 5 rocket, which gave a final push to Webb after launch. Webb is somewhere on the top portion of the image where it can be spotted as a tiny speck. On the other hand, Ariane 5’s upper stage is all the way below in the picture, long after it ejected the telescope. The picture was taken by astronomers at the Tautenburg Schmidt telescope in Germany at 4:53 am (IST) on December 26, as per ESA.