The James Webb Space Telescope has one of its four instruments completely ready for science, NASA announced ahead of the telescope's photo release. 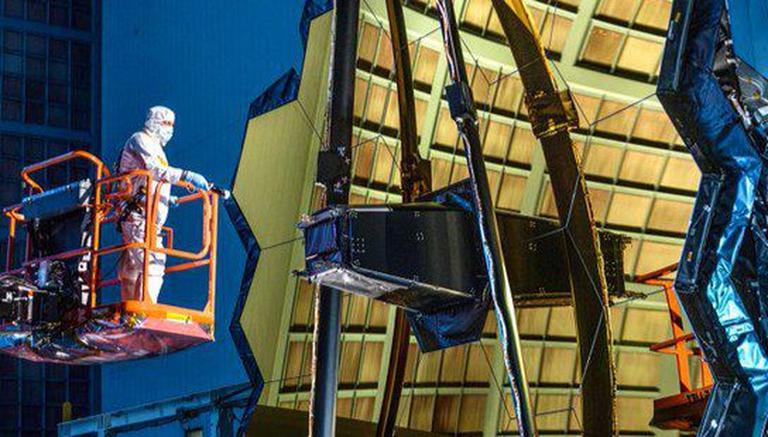 
In the days leading up to the James Webb Space Telescope's first photo release, NASA had announced that one of the observatory's instruments is ready for observing the universe. The Near-Infrared Imager and Slitless Spectrograph instrument (NIRISS), was declared ready to begin scientific operations after its fourth mode-- the Single Object Slitless Spectroscopy (SOSS) capability-- was checked off the list.

Webb has a total of four instruments and these instruments have a combined number of 17 modes that need to be turned on for the entire telescope to work. Interestingly, NASA recently released a picture which shows Webb's capabilities of detecting elements in stars.

The first of our 4 Webb instruments is fully ready for science! NIRISS, built by @csa_asc, is a camera and a spectrograph capable of analyzing exoplanet atmospheres: https://t.co/IdWPKo9gIE

What does this test data from NIRISS (the red/green/blue lines) show? ⬇️ pic.twitter.com/atEyhVHhKT

With the completion of NIRISS' activation process, the NASA-ESA-operated Webb has inched closer to observing the planets orbiting other stars. NASA says that the NIRISS, with its SOSS capability, will probe the atmospheres of transiting exoplanets, the planets that cross the face of their star causing a dip in the light for a specific period of time. Using this high-precision instrument, Webb will determine whether or not an exoplanet has an atmosphere and what atoms and molecules are in it if the atmosphere exists.

Interestingly, this will be done by comparing the spectra collected during, before and after a transit event. Recently, NASA shared a glimpse of NIRISS' capabilities in a picture featuring "a test spectrum of a star". The picture below includes a couple of bands having different colours and, according to NASA, different colours (blue, green and red) correspond to a different wavelength of infrared light detected by the instrument. The agency revealed that the black lines seen in the colour bands are the signature of hydrogen present in a star that Webb observed during its commissioning phase.

You’re seeing a test spectrum of a star, meant to demonstrate NIRISS’s science capabilities. Each color corresponds to a different wavelength of infrared light detected by Webb’s NIRISS. The black lines are the signature of the hydrogen present in the star. #UnfoldTheUniverse pic.twitter.com/7tEfWPApwY

"I’m so excited and thrilled to think that we’ve finally reached the end of this two-decade-long journey of Canada’s contribution to the mission. All four NIRISS modes are not only ready, but the instrument as a whole is performing significantly better than we predicted", René Doyon, principal investigator for NIRISS, said in a statement. "I am pinching myself at the thought that we are just days away from the start of science operations, and in particular from NIRISS probing its first exoplanet atmospheres".