Russian Cosmonauts To Conduct 7-hour Spacewalk On Jan 19; Here's How To Watch Live

The astronauts will leave their module on January 19 at 5:30 pm (IST) although NASA will begin the live streaming an hour earlier. 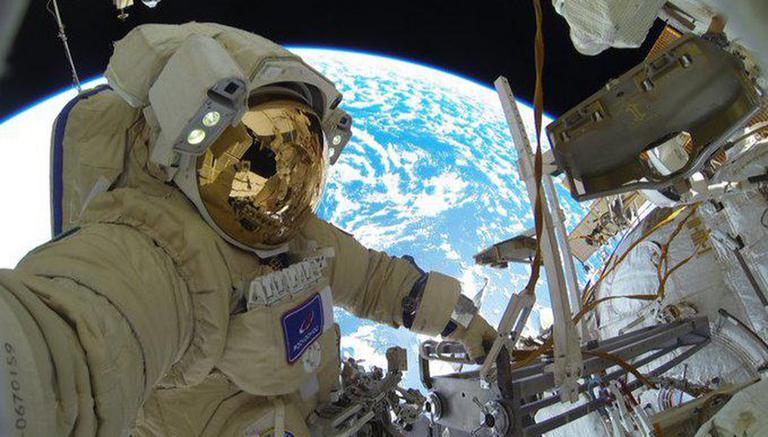 
The astronauts aboard the International Space Station (ISS) are preparing for the first spacewalk of 2022 as Russian cosmonauts Anton Shkaplerov and Pyotr Dubrov are set to venture out into space on January 19. Shkaplerov, who is the Expedition 66 Commander along with Flight Engineer Dubrov has a job to integrate the Prichal nodal module, which arrived at the International Space Station at the end of November 2021, into the Russian segment of the ISS. According to NASA, the Soyuz spacecraft, that will reach the space station carrying three astronauts of the Expedition 67 crew in March will dock at the same Prichal module.

On Wed, Jan. 19, two @Roscosmos cosmonauts will work in the vacuum of space to ready the @Space_Station's new Prichal module for future visiting spacecraft.

As for the spacewalk, it is estimated to last seven hours wherein the astronauts will complete several tasks without any break. Once the Russian duo exits the Poisk module on the station’s Russian segment, they will install handrails, a television camera, rendezvous antennas, and docking targets on Prichal during their spacewalk. Shkaplerov, who will be undergoing his third spacewalk in his career will serve as extravehicular crew member 1 (EV1) donning a red striped Russian Orlan spacesuit. Dubrov, on the other hand, will serve as extravehicular crew member 2 (EV2) and will be wearing a spacesuit with blue stripes. The duo will also carry out several other tasks such as transferring the cargo boom from the transition compartment to the multipurpose laboratory module and connecting cables responsible for intermodular communication.

Interestingly, the forthcoming spacewalk will be the 246th for space station assembly, maintenance, and upgrades, as per NASA. Only the first of 2022, astronauts will conduct additional spacewalks to install a European robotic arm on the Nauka laboratory and to activate Nauka’s airlock for future spacewalk activity. Besides this, the astronauts are also working on subjects of biology and robotics and are reviewing emergency procedures for SpaceX's Crew Dragon.

When and where to watch the spacewalk live?

The astronauts will leave their module on January 19 at 5:30 pm (IST) although NASA will begin the live streaming an hour earlier before the spacewalk begins. Those interested in catching the action live can tune in to NASA Television, the NASA app, and the agency’s website at 4:30 pm.