SpaceX To Launch Falcon 9 With New Starlink Satellites On Aug 31; How To Watch Live?

SpaceX will launch its two-stage Falcon 9 rocket at 11:10 am IST from the Vanderberg Space Force Base in California with 46 new Starlink satellites. 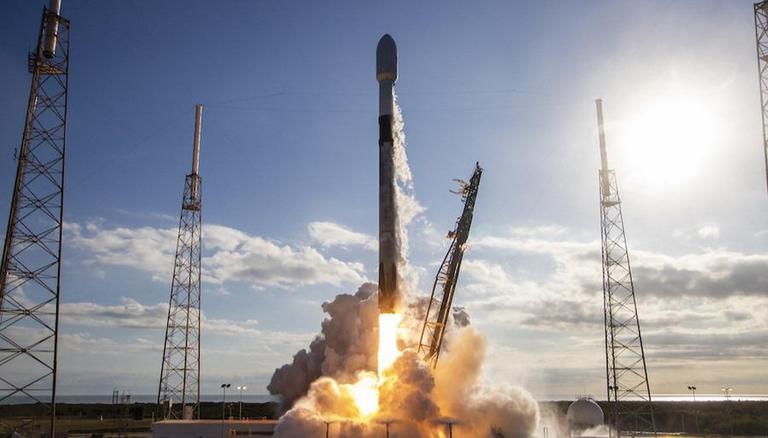 
SpaceX’s Falcon 9 rocket is set for another launch with a new batch of Starlink satellites on August 31. The two-stage rocket will lift off with 46 new internet-providing satellites from the Vanderberg Space Force Base in California when the launch window opens at 11:10 am IST (10:40 pm PT on Aug 30).

Following the separation from Falcon 9’s second stage, roughly nine minutes later, the booster will land on the Of Course I Still Love You drone ship stationed in the Pacific Ocean. The live coverage of the next Starlink launch will begin five minutes prior to the lift-off and you can watch it by tuning in to SpaceX's social media.

Targeting Tuesday, August 30 for a Falcon 9 launch of 46 Starlink satellites to low-Earth orbit from SLC-4E in California → https://t.co/B5h0U2AU6V

According to SpaceX, the booster being used for this mission will fly on its fifth Starlink mission for the seventh time. It has previously supported four Starlink launches, the Sentinel-6 Michael Freilich, and NASA's DART mission to test a planetary defense technology. Launched on November 24, the DART mission is nearing its completion when the spacecraft intentionally collides with an asteroid on September 27.

As for SpaceX, it is constantly making new records with Falcon 9 launches after it recently broke its own record of 31 orbital missions set in 2021. On July 11 this year, SpaceX launched its 32nd mission of the year and is now eyeing over 60 launches, as part of the ambitious goal set by CEO Elon Musk.

The Starlink constellation now has over 2,800 active satellites which are providing internet services in over 30 countries. Recently, SpaceX won the case of deploying its satellites in an orbit lower than the intentional orbit for a better connection, a plan that was approved by the US Federal Communications Commission (FCC). Two companies, Viasat Inc and Dish Network Corp had challenged the court's decision saying that the decision might result in a collision of their satellites with SpaceX's. Currently, SpaceX is also working to provide satellite internet directly to smartphones by introducing the Starlink Version 2 (SV2) next year.