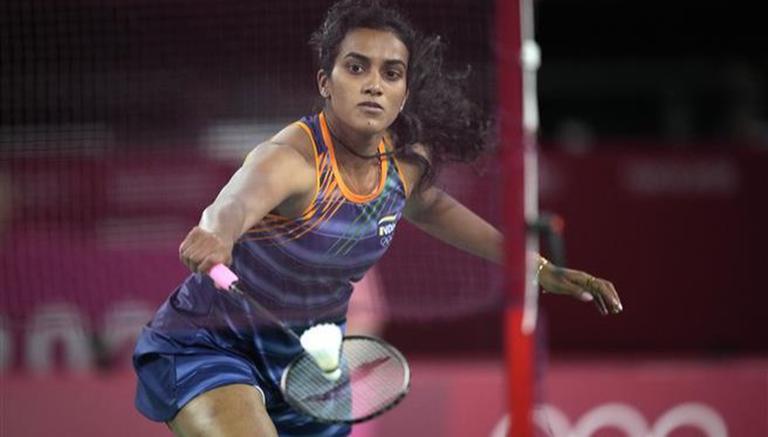 
Two-time Olympic medallist P V Sindhu will continue her quest for a podium finish when she spearheads India’s challenge at the Indonesia Masters Super 750 tournament but compatriots Saina Nehwal and Sameer Verma will be missing in action after deciding to pull out of the tournament due to injuries. Sindhu, who had claimed a bronze at the Tokyo Olympics to go with her Rio silver medal, reached the quarterfinals and semifinals at Denmark and France before skipping the Hylo Open in Germany. The 2019 World Championship in Switzerland was Sindhu’s last title. She reached the final at Swiss Open early this year but it ended with a loss. The third seeded Indian, however, has good memories of Indonesia as she had reached the finals at Jakarta two years back and will look to make a good start when she faces Thailand’s Supanida Katethong in the opener.

Sindhu is likely to cross swords with Spain’s Clara Azurmendi and Canada’s sixth seed Michelle Li in the next two rounds and a clash against top seeded Japanese Akane Yamaguchi could be on the cards in the semifinals if she can cross the initial rounds.

Saina, the London Olympics bronze-medallist, and Sameer, who looked in good touch in the last two events, will miss the Indonesia leg to recover from their respective injuries.

While Saina had suffered a groin injury at Uber Cup, Sameer had injured his calf muscle in Denmark.

All eyes this week will also be on Kidambi Srikanth and Lakshya Sen, who had reached the semifinals of Hylo Open.

While Srikanth seemed close to regaining his form, Lakshya too has looked in good touch in his last few outings. The duo will look to continue the good run when they begin their men’s singles campaign here.

Lakshya will meet Japan’s Kanta Tsuneyama in his opening round, while Srikanth faces a qualifier after Sameer pulled out.

Tokyo Olympian B Sai Praneeth will take on Indonesia’s Shesar Hiren Rhustavito, while HS Prannoy is pitted against sixth-seeded Indonesian Jonatan Christie in his opener.

Parupalli Kashyap will square off against Denmark’s Hans-Kristian Solberg Vittinghus.

In men’s doubles competition, sixth seeds Satwiksairaj Rankireddy and Chirag Shetty will lock horns with Malaysia’s Ong Yew Sin and Teo Ee Yi, while the fast-rising pair of MR Arjun and Dhruv Kapila will battle it out against the Japanese combination of Takuro Hoki and Yugo Kobayashi.

The women’s doubles pair of Ashwini Ponnappa and N Sikki Reddy will take on Denmark’s Alexandra Boje and Mette Poulsen.

In mixed doubles, Ashwini has paired up with B Sumeeth Reddy and Sikki will partner Dhruv Kapila.

WE RECOMMEND
Indonesia Masters: Sindhu eyes podium finish; Saina, Sameer pull out due to injuries
PV Sindhu in lehenga grooving to Ckay's 'Love Nwantiti' in viral video wows fans; Watch
Kiren Rijiju congratulates PV Sindhu on being conferred with Padma Bhushan award
Who is PV Sindhu's coach Park Tae-Sang? Here's all you need to know about him
PV Sindhu names sports star she'd love to have breakfast with and it is NOT Saina Nehwal
Listen to the latest songs, only on JioSaavn.com