PV Sindhu has been awarded the Padma Bhushan, the third-highest civilian award in the country. President Ram Nath Kovind presented the award on Monday. 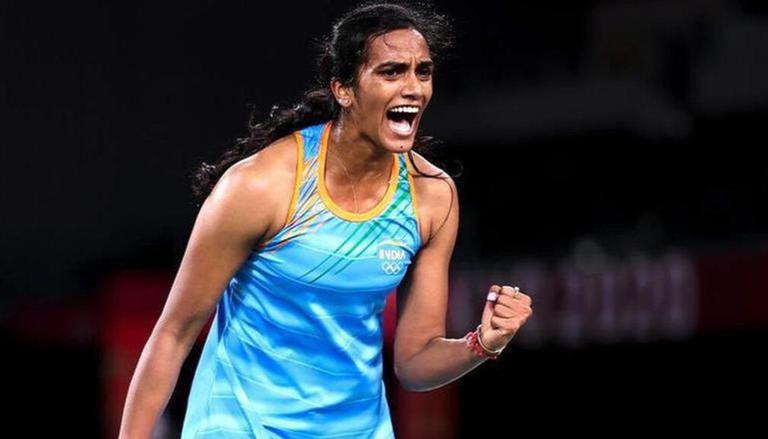 
Indian badminton player PV Sindhu has been awarded the Padma Bhushan, the third-highest civilian award in the country. Sindhu's name was originally announced on the eve of India's 71st Republic Day in January 2020. However, due to the COVID-19 pandemic and other restrictions imposed to control the outbreak of the pandemic, the physical conferral was delayed. On Monday, President Ram Nath Kovind finally presented the award to the two-time Olympic medal-winning player. The ceremony was also attended by Prime Minister Narendra Modi and Union Home Minister Amit Shah.

Earlier this year, Sindhu won a bronze medal in her second consecutive Olympic appearance for India. She won the bronze at the Tokyo Games in August and thus became the first-ever Indian woman athlete to win two Olympic medals. She had won the silver medal at the 2016 Rio Olympics.

The 26-year-old from Hyderabad has won two silver and two bronze medals before securing the gold medal at the 2019 World Championships in Basel. She has also won a silver (2018) and bronze (2014) medal at the Commonwealth Games in women's singles besides the team gold three years ago. She is also the recipient of other major awards, including the Major Dhyan Chand Khel Ratna Award and Padma Shri, India's third-highest civilian award.

WE RECOMMEND
PV Sindhu's advice for Olympic debutants: 'Stay focused on game & enjoy' simultaneously
Kamal Haasan turns 67: Shruti Haasan looks back at childhood days while wishing him
Who is PV Sindhu's coach Park Tae-Sang? Here's all you need to know about him
PV Sindhu opens up about Tokyo Olympics 2020, striking a balance and her future plans
PV Sindhu names sports star she'd love to have breakfast with and it is NOT Saina Nehwal
Listen to the latest songs, only on JioSaavn.com