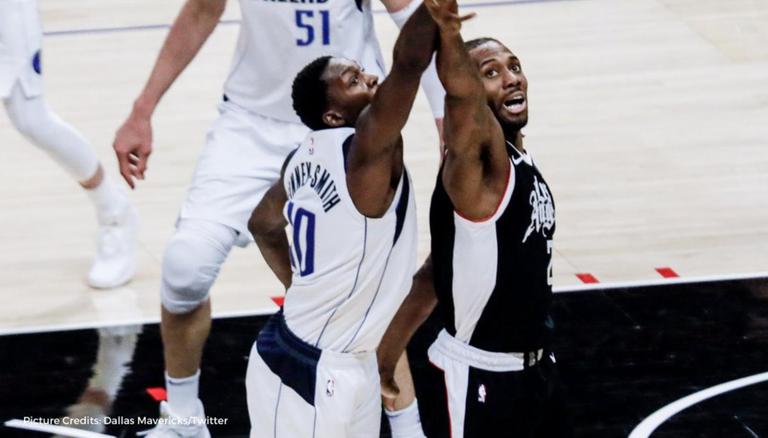 
The Los Angeles Clippers faced a tough defeat in Game 5 of their first-round series against the Dallas Mavericks. Game 6 will be played at the American Airlines Centre in Dallas on Friday, June 4 at 9:00 PM [Saturday, June 5 at 6:30 AM IST]. Dallas lead the series 3-2 and a win would mean that they will play the Utah Jazz in the Conference Semifinals. Here are the Clippers vs Mavericks prediction, lineups and Clippers vs Mavericks live stream.

Sealed the deal in LA. Not done yet. #ALLIN pic.twitter.com/8hrfHVo5Ea

Game 5 was all about Luka Doncic. The youngster scored 42 points and notched 14 dimes, a Playoff high in assists for him. It was a closely fought game, the Clippers managed to cut down the 10-point lead Dallas had with 2 minutes to play. The Clippers could have taken the lead with 10 seconds to play, but Kawhi Leonard missed a possible tip-in, which gave the victory to Dallas. Paul George scored 23 points at a 42.9% shooting from 3-point range. Going into Game 6 Dallas will need more involvement from the team, Kristaps Porzingis is averaging just 13.8 points this series, the Mavs will need him to fire going ahead into the Playoffs

Luka Doncic has taken his game to the next level this series. He is averaging an amazing 35 points while shooting 47.9% from the field. The injury to his neck has not affected his performance and he looks all hyped to play Game 6. Both sides have not won their home games this series the Clippers will be hoping the same happens on Friday. Kawhi Leonard had a disappointing Playoff outing last season, he will be hoping to change it this year and help the Clippers get a win in the series.

This series is the repeat from last years Playoff, where the Clippers emerged victorious winning 4-2. Both these teams played thrice in the regular season, the Mavericks won 2 times which included a 124--73 blowout win for them. A victory here would be the perfect revenge for the Mavs who will be hoping to make it to the second round for the first time since their Championship winning season.

READ | LA in trouble: Clippers and Lakers face playoffs elimination with both teams 3-2 down

Coming into the game with a 3-2 lead would be a good boost for Dallas who will play in front of their home fans. Luka has been amazing all series and could prove to be the difference in Game 6. We predict the Dallas Mavericks to win Game 6 and make their way into the second round.

The streaming for the game is available on Sling TV, Fubo TV or AT&T TV, Canadian fans can now watch the games on TSN, this game will air on TSN 1. Indian fans will have to subscribe to the NBA League pass to watch all the games.