How did Nikola Jokic lose weight? The Denver Nuggets star clinched the 2020-21 NBA MVP award but dealt with weight issues on his way to the top. 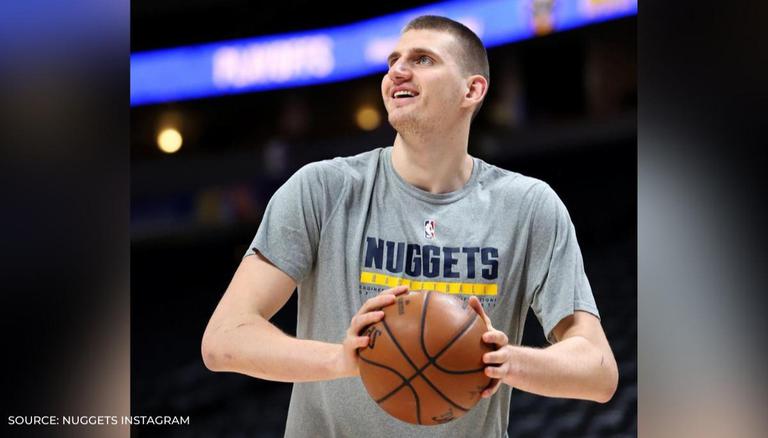 Earlier on Tuesday, the NBA announced that Denver Nuggets superstar Nikola Jokic is the recipient of the 2020-21 Kia NBA Most Valuable Player. The 26-year-old becomes the first player to earn the honour as a member of the Nuggets and is also the first player from Serbia to be selected as the NBA MVP. Jokic beat out competition from the Golden State Warriors' Steph Curry and Philadelphia 76ers' Joel Embiid, who were both finalists for the award.

NBA MVP first-place votes this season (what stands out here?):

Jokic has also been instrumental in guiding Denver into the second round of the NBA Playoffs as the team posted a 47-25 record and finished third in the Western Conference. However, Jokic has taken his game to the next level this season and much of it has been down to his incredible weight loss during the time the NBA was suspended due to the COVID-19.

Jokic took serious advantage of the NBA’s COVID-19 shutdown. Prior to the start of the 2019-20 NBA season, there were plenty of concerns about the Serbian's game shape and weight despite his incredible displays for the Nuggets. Jokic entered the season listed at 284 pounds but in February 2020, said that he had lost 20-25 pounds during the season through diet and exercise.

Jokic is living out the opposite of the 'My Plans/2020' Meme. pic.twitter.com/I0IsmQJ5lp

While the NBA season was suspended due to the COVID-19 in March 2020, Jokic took the time off to continue working on his fitness in the gym. When the season resumed in July, Jokic was almost unrecognizable and had slimmed down tremendously. Nuggets president Tim Connelly, at the time, said that Jokic sent him a picture, flaunting his abs. "He sent me a picture after working out in the gym and following a strict diet. No shirt on. He's got abs. I've never seen him have abs before."

No matter what this man does, this photo will always be the first thing that comes up!!

Congrats to Nikola Jokić on being crowned 2020-21 NBA MVP 👑 pic.twitter.com/rSVqYZYnvA

Jokic has always raised some eyebrows when it comes to his fitness level. However, a photo of young Jokic has been doing the rounds on social media after he won the 2020-21 MVP award. In the photo, it appeared as if Jokic's weight loss wasn't a problem he had to deal with recently.

WE RECOMMEND
Nikola Jokic slims down drastically ahead of NBA restart, fans react in disbelief