Is Damian Lillard playing tonight vs Nuggets? Here is the injury update for the Portland Trail Blazers star before the upcoming Round 1 game vs Nuggets. 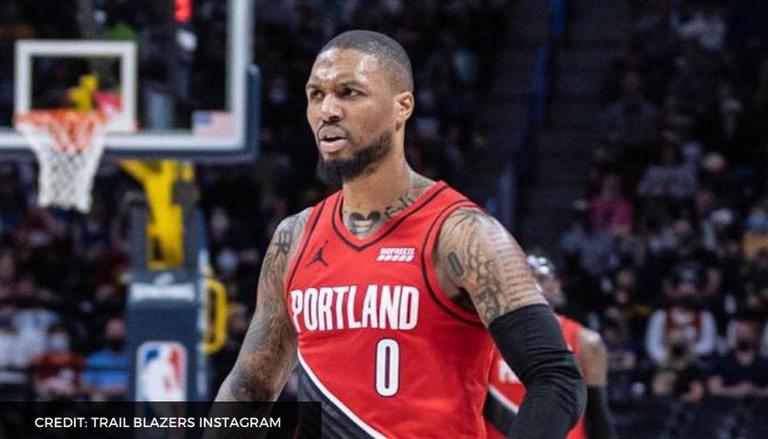 Despite the risk of elimination, the Damian Lillard-led Portland Trail Blazers have a fair chance of levelling the series against the Denver Nuggets. Despite Lillard's historic performance, the Nuggets managed to bag the 147-140 OT win. The Nuggets have Nikola Jokic leading the team, a favourite for the NBA MVP award.

As of now, Damian Lillard is available for the upcoming playoffs game. Game 6 is scheduled on Thursday, June 3, 8:00 PM EST (Friday, June 4, 5:30 AM IST) at the Moda Center in Portland, Oregon. Will Barton and PJ Dozier will miss the game for the Nuggets.

In a way, it can be said that the Nuggets survived Lillard's 55-point attack. Lillard, in a performance no one is likely to forget, scored 55 points, which included 12 three-pointers – an NBA playoff record. The previous record belonged to Klay Thompson, who had 11 threes during the Golden State Warriors 2016 Western Conference Finals Game 6 vs the OKC Thunder. Lillard is also the first player in the NBA to have a 55-points, 10-assists (and 10 three-pointers) performance in NBA history.

"It was the best playoff performance I've ever seen," Trail Blazers head coach Terry Stotts said after the game.

Lillard, on his end, has chosen to focus on the series. "At this point, all that matters is we can't lose another game in the series. If I don't put it behind me, and hold onto it, it's going to get in the way of what we need to do in the next one".

Nikola Jokic had 38 points for the Nuggets.

If Portland wins, they will face either the Los Angeles Lakers or Suns during Round 2. If it is the Lakers they face, it will be a repeat of the 2020 Round 1 series, which the Lakers won after an initial Game 1 loss. However, this time, the Trail Blazers might be better equipped.

This is the fourth time both teams have met in the NBA playoffs, the last time being as recent as 2019. The Trail Blazers have won twice (1977, 2019), while the Nuggets have won one (1986). This regular season, the teams met twice, the Nuggets winning two games.