Is Trae Young playing tonight vs Bucks? Here is the injury update for the Atlanta Hawks star before the upcoming Eastern Conference game. 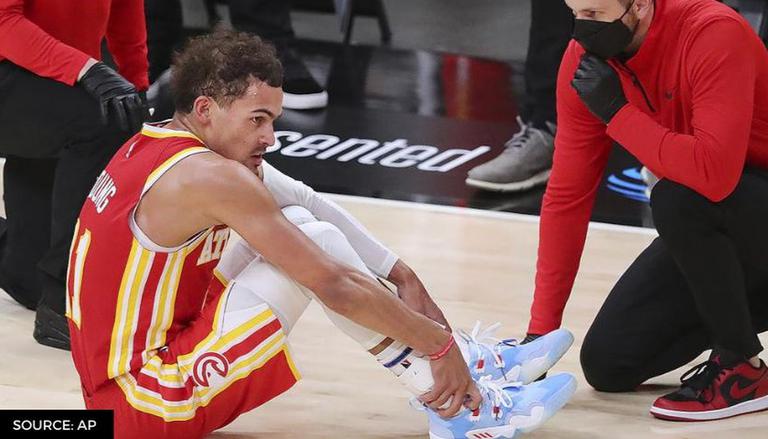 
Four games into the Eastern Conference finals playoff series and the Atlanta Hawks have evened the series against the Milwaukee Bucks 2-2. While the Hawks have played impressively during the playoffs, their team has heavily relied on Trae Young. However, with his recent injury, Young's status for the upcoming game remains uncertain. So here is more on the - 'Is Trae Young playing tonight' and 'When is Trae Young coming back' queries.

According to recent reports, Trae Young will remain questionable for Game 5 as well. The Eastern Conference finals Game 5 clash is scheduled on Thursday, July 1, 8:30 PM EST (Friday, July 2, 6:00 AM IST) at the Fiserv Forum in Milwaukee, Wisconsin. Apart from Young, Clint Capela will also remain questionable due to his knee injury. De'Andre Hunter will also be missing the playoffs.

Trae Young return: When is Trae Young coming back?

Without Young, the Hawks remain vulnerable. After his MRI on Monday, the team announced that Young was questionable for Game 4 – which the team bagged 110-88 without him on the court. Now, for Game 5, Young will remain a game time decision because of the bone bruise in his right foot.

READ | Williams withdraws from NBA draft, will return to Purdue

The Trae Young injury was unexpected, which occurred during the Hawks' 102-113 Game 3 loss. Young was on the sidelines in the third period, passing while Jrue Holiday interrupted it. Young ended up stepping on the referee's foot as he turned, spraining his ankle. The young star remained on the court till the game stopped.

Young then left to the locker room, able to somewhat walk on his own. He even came back to watch the game in the final quarter. He was then allowed to return back to the game, causing everyone to relax over his situation. His ankle, on the other end, was sore and hurting. Young stated that he wants to play, and will be treated before the next game.

READ | Ayton's emergence has Suns a win from the NBA Finals

"It's sore right now. It's hurting. It's frustrating," Young said. "Yeah, it's hurting a little bit, and it's sore. I got some treatment on it. I'm going to go get some more in the morning. That's all I can do right now is get treatment".

Young's game in the postseason has been phenomenal, no one expecting such a breakthrough. He scored 48 points in Game 1, securing an early win. This is also the first time since 2015 that the Hawks have made it to the conference finals. While Young missed Game 4, he might be there to play Game 5. The Trae Young return is set to delight fans and neutrals alike. Lou Williams started in his stead, dropping team-high 21 points.