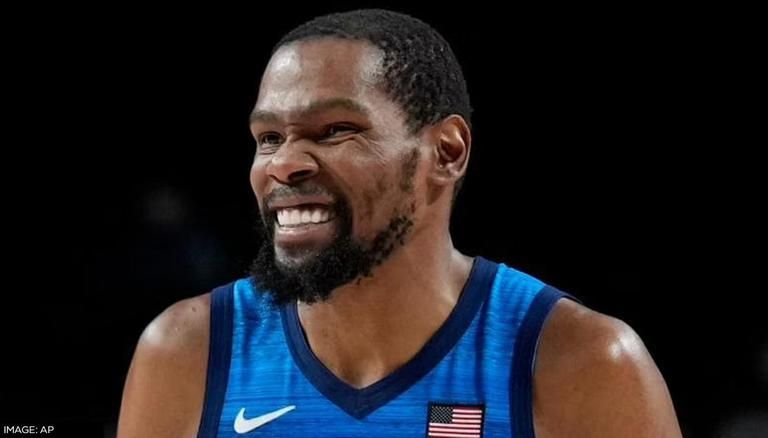 
Veteran Kevin Durant has excelled in creating an impression on the basketball court with his amazing skills but lately, he has been in the news for all the wrong reasons. It so happened that he ended up venting out his frustration in an unusual manner as a result of his action, had to face its consequences instantly.

Kevin Durant lost his composure during the recent Brooklyn Nets vs Indiana Pacers NBA game that was held at New York City's Barclays Center on Friday. The NBA sensation reportedly did not seem to be in a good mood throughout the game and his emotions seemed to have only got the better of him as the contest progressed.

An already irate Kevin Durant supposedly attempted to throw the ball straight into the hoop from a long distance but the ball was thrown with such brute force that it went right into the stands. The referee was not at all convinced with what he had just witnessed at that point in time and immediately blew the whistle signaling a technical foul for the Brooklyn Nets icon.

READ | Why was Dwight Howard not named on NBA 75 team? Which players could he have replaced?

The video of Kevin Durant being handed a technical foul for throwing the ball into the crowd area also started doing rounds on social media and it went viral in no time.

Someone in the crowd: You'll never surpass LeBron!

Coming back to the Brooklyn Nets vs Indiana Pacers games, it was the home side that came out on top with an impressive 105-98 margin.

READ | Warriors vs Grizzlies live stream: How to watch NBA game in India, UK and US?

Apart from his NBA career, Kevin Durant has also found success while representing the USA National Basket Ball Team as well. It is to be noted that the Brooklyn Stars sensation was a part of the USA Basketball Team's three Olympic gold medal triumphs in 2012, 2016 & 2020 editions respectively.

WE RECOMMEND
Durants, Nets to stay "locked in" and ignore "chatter" for NBA season
Hornets pull away, beat Nets 111-95 for first 3-0 start
What did Kevin Durant's mother say to PJ Tucker? The Real MVP trash talk steals the show
Is Kevin Durant playing tonight vs Bucs? Nets team news latest revealed
The top 75 — plus 1 — players in NBA history are revealed
Listen to the latest songs, only on JioSaavn.com