LAL vs PHX Dream11: The Lakers will be happy that they could secure a victory in Game 2 and will be hoping to take control with a 2-1 series lead 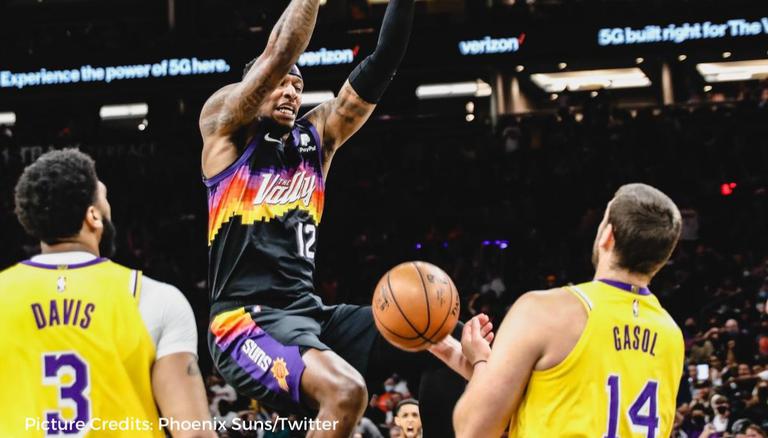 
Los Angeles Lakers [LAL] will face the Phoenix Suns [PHX] in Game 3 of the NBA Playoffs. The series will now move to Staples Centre and is scheduled to be played on May 27 at 10:00 PM ET [May 28,7:30 AM, IST]. Here is a look at the LAL vs PHX Dream11 prediction, team news and top picks for the game.

The Suns have been the most exciting team to watch in the NBA, they finished 2nd seed in the West and have looked solid in this series. Devin Booker who is playing his first Playoff series has been phenomenal as he has combined for 65 points in his first two career playoff games. Chris Paul who been in the MVP conversation all season was solid in Game 2 and even fought back from an injury to help his team.

LeBron checking on Chris Paul after an apparent injury 🙏

The defending champions looked solid in Game 2 as they won 109-102 against Phoenix Suns. The game got very physical as both teams looked locked in and determined to win. Anthony Davis went on to score 34 points for the Lakers in a night, where 4 Laker players scored more than 15 runs  With the series now heading to Staples Center for Games 3 and 4, the Lakers will be hoping to take a lead in the series by winning both the home games. However, with Chris Paul and Devin Booker playing brilliantly for the Suns they definitely have an equal chance of making it to the next round.

He is the first Laker with 30+ points and 20+ free throws since Kobe Bryant in 2008. pic.twitter.com/BN6blUGbRd

Note: The above LAL vs PHX Dream11 prediction, LAL vs PHX match prediction and top picks are based on our own analysis. These picks do not guarantee a positive result.