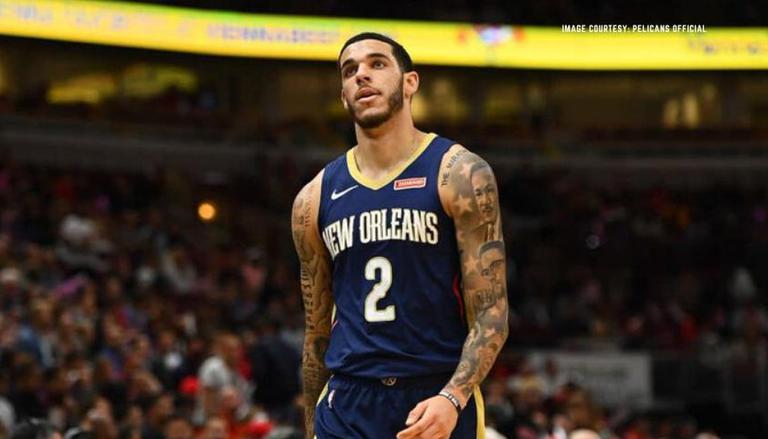 The United States is currently in a state of civil unrest after last week's events. The death of African-American citizen George Floyd at the hands of four Minneapolis PD officers has led to widespread civil riots after the video of the incident surfaced on social media. Various sports personalities, especially NBA and NFL stars, are using their platform to highlight the plight of fellow community members. New Orleans Pelicans star Lonzo Ball joined in on the protest this week, albeit in a different manner. The former Lakers point guard released a song titled 'Don't Shoot Me' in the wake of George Floyd's tragic death.

Be on the right side https://t.co/QxB5ZkSSSp

The Lonzo Ball song 'Don't Shoot Me' features the NBA starlet singing alongside rappers Starside and DoughBoy G. Lonzo Ball has not been handed a verse on the track but sings the hook in the new single. This is not the first track that Lonzo Ball has released. The former Lakers point guard previously dropped songs like 'LaVar', 'Kylie Kuzma' and 'ZO2' in what is turning out to be a burgeoning side career/passion. Lonzo Ball also released a song with his younger brother LiAngelo Ball titled 'BITF' in the past.

The new Lonzo Ball song received mixed reviews from audiences over the last 24 hours. The Pelicans star has been vocal in the ongoing civil protests against systemic racism and police brutality against minorities in America. Lonzo Ball will also be gearing up for an NBA return that is rumoured to be held sometime in July. The Pelicans have been included in the 22-team shortlist by NBA officials. The matches will be played at Walt Disney World in Orlando. NBA members will be allowed to dine out and play golf during their free time but must maintain social distancing guidelines at all times in order to curb the spread of coronavirus within the league.

Steph Curry and his wife Ayesha kneel and chant in honour of George Floyd during protest: WATCH #NBA #GeorgeFloyd https://t.co/Dvd6sl6dTH

Also Read | LaVar Ball claims that his sons Lonzo Ball, LaMelo and LiAngelo will 'come back to the Lakers'