NBA Hall Of Fame 2021: LeBron James Has Message For Late Kobe Bryant Ahead Of Induction

LA Lakers legend LeBron James is all excited as the late Kobe Bryant is all set to be inducted into the NBA Hall of fame 2021 later this week. 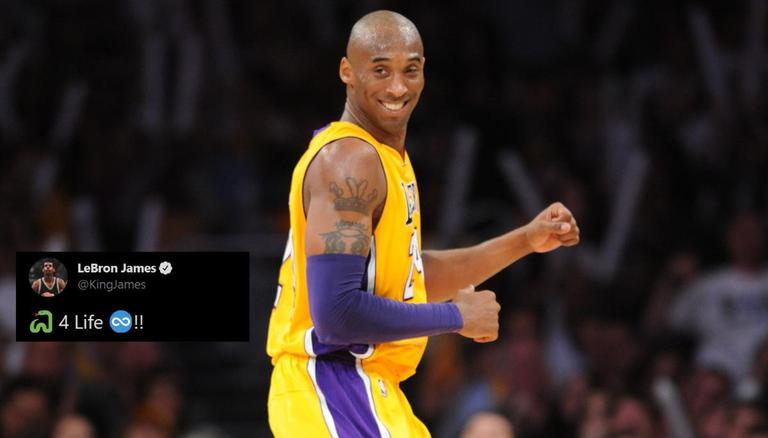 NBA legend Kobe Bryant will posthumously be inducted into the NBA Hall of fame 2021 later this week after the officials released the full list last month. There is palpable excitement among fans of the late Los Angeles Lakers star, who many regard as one of the greatest to have played the game. The ceremony will also see the likes of Tim Duncan and Kevin Garnett inducted into the class.

Kobe Bryant, who was elected into the class of 2020, will officially be indicated into the NBA Hall of fame after last year's ceremony was delayed amidst the coronavirus pandemic. Members of the hall class are asked to choose who they would like to accompany them to the stage and present them before their acceptance speech and with Bryant being enshrined posthumously, family members are asked to make the decision on the presenter. The family zeroed down on NBA legend Michael Jordan, who spoke tearfully at the memorial for Bryant and his daughter Gianna in Los Angeles in February 2020.

Michael Jordan will be the presenter for Kobe's enshrinement into HOF

With just days left for the Kobe Bryant NBA Hall of fame 2021 induction, excitement is growing amongst Lakers fans and athletes, with the Lakers legend having been a larger than life figure and a role model for the generations that followed. The late NBA legend had the "Mamba Mentality" which has transcended sports and has become the way of life for many athletes who looked up to Bryant. LeBron James, one of the many followers of Bryant's mantra, couldn't contain his excitement and tweeted, "Mamba For Life" with an infinity loop, suggesting his never-ending adulation for the late NBA star.

The Kobe Bryant career began when he was a lanky 18-year-old who was picked up by the Los Angeles Lakers in the NBA draft via the Charlotte Hornets. Bryant naturally took time adjusting to the league and had a slow start to his rookie year and sophomore year, before establishing himself as the premier guard in the division. While comparisons with Magic Johnson and Michael Jordan were on, the NBA championship eluded Bryant until the arrival of Phil Jackson, who led the Lakers to three successive NBA championships.

READ | NBA playoffs picture after May 9 results: Lakers, LeBron to face Curry and the Warriors?

Bryant went through a championship drought for seven seasons, back-to-back championship wins, in 2009 and 2010. His other achievements include being a 15-time All-Star, 15-time All-NBA, 15-time All-Defensive, 1997-98 Rookie of the Year, 2-time NBA MVP, and a 3-time Finals MVP.

READ | LeBron James reacts to Ball family reunion as brothers LaMelo, Lonzo take on each other

The full Class of 2020 was unveiled on April 4, 2020. The nine new members of the Basketball Hall of Fame will be enshrined May 14-16 at Mohegan Sun Casino and Resort in Connecticut. The ceremony was originally scheduled for August 2020 and was postponed by the pandemic. The event will take place from 4:30 PM to 7:30 PM ET on Saturday, May 15 (Sunday, May 16, 2 AM-5 AM IST).