NBA scores and results: Clippers complete their comeback against Mavericks with a 126-111 win in Game 7,while Trae Young's 35 helps the Hawks to overcome Philly 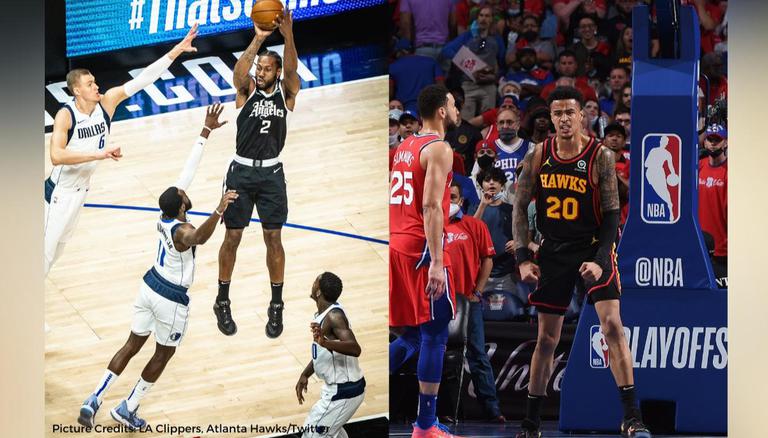 NBA scores: Clippers edge past the Mavs in Game 7, Hawks take a 1-0 lead against Philly

Atlanta started off the game really well and took a commanding 20-point lead in the game. But the Philly defense totally locked them up going into the 4th quarter which led them to almost making a complete comeback but clutch free throws from John Collins sealed the game for Atlanta. Trae Young was once again phenomenal for the Hawks posting 35 points and 10 assists which makes him the first Hawks player to score 35 and assist 10 in a game. Bogdan Bogdanovic played brilliantly well as he shot an important three to increase the gap in the 4th quarter.

Philadelphia would have wanted to start their Eastern Conference semifinals in a better way, but they fell short of an amazing comeback and would want to play some better basketball in Game 2. Ben Simmons had a bad shooting night from the free-throw line, shooting only 3-10 which included a crucial miss in the final few minutes. Game 2 will be crucial for Philly and they will need another big night from their star centre Joel Embiid who was brilliant after coming back from an injury. Embiid scored 39 points in the 1st Game, shooting at an efficient 57% from the field. Game 2 of the series is scheduled to be played on Tuesday, June 8 at 7:30 PM [Wednesday, June 9 at 5:00 AM IST]

In the all-important Game 7 of this thriller series, the Clippers managed to edge past the Mavs with a 126-111 win. Luka Doncic was once again magical and dropped 46 points on the night. His brilliance in the series helped him get praises from his opposition players, Paul George and Kawhi Leonard who seemed to appreciate the performance the young Slovenian had put up in the entire series.

Kawhi Leonard was once again unbelievable as he scored 28 points on the night leading the Clippers to a win. They will now face Utah Jazz in the Western Conference Semifinals and they do not have much time to prepare as the game is scheduled to be played on Tuesday, June 8. It will be very interesting to see how the Clippers perform after an exhausting 7 game series.

The updated #NBAPlayoffs bracket after the @LAClippers win GAME 7, advancing to the West Semis!