What Happened To Lebron James? Why Is The 4-time NBA Champion Ruled Out For A Week? 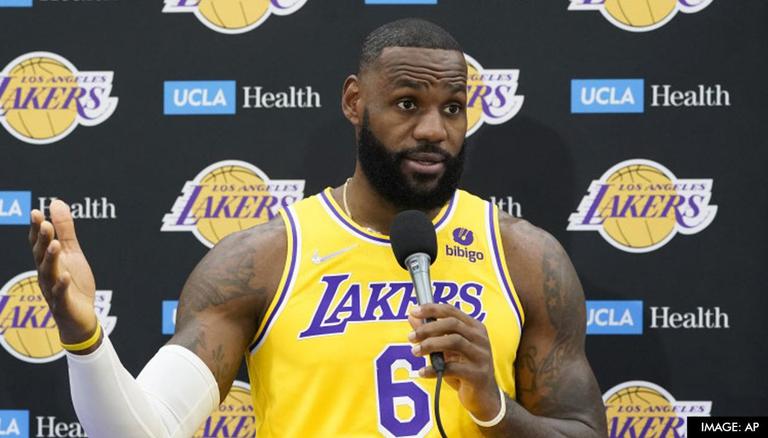 
Los Angeles Lakers megastar Lebron James braved the pain and showed up during the team's last three outings against Cleveland Cavaliers and Houston Rockets respectively but now it seems that his injury has aggravated as a result of which James will reportedly be out of action for a week.

As per reports in the Bleacher Report, Lebron James will not be seen in action for a week. Furthermore, the report also states that the Los Angles Lakers veteran will not be taking part in the team's next NBA game against the Oklahoma City Thunder on Thursday due to a rectus abdominis strain. LA Lakers will be hosting Oklahoma at Staples Center in Los Angeles, California.

As per reports in ESPN according to Sports Illustrated, the team's medical staff wants to take their time with the four-time NBA champion's recovery. Lebron James could have ended up sustaining this injury during Los Angeles Laker's last game against the Houston Rockets on Tuesday.

READ | LeBron James to miss Lakers game vs. Spurs due to sore ankle

This is not the first time in the ongoing season where injuries have taken a toll on Lebron James. He had suffered an ankle injury during his team's contest clash against the Memphis Grizzlies in their 121-118 win on October 25. Fortunately, LeBron James managed to escape without a major injury. However, the LA Lakers did not wish to take any chances as a result of which he missed out on the team's two back-to-back fixtures against San Antonio Spurs and Oklahoma City Thunder respectively?

How did Lebron James get injured during the Lakers vs Grizzlies game?

The Memphis Grizzlies forward Desmond Bane collided with James' right leg in the first half, causing James to go down. The Lakers star stayed down for a few minutes as LA called for a timeout to get him checked by the medical staff. A scare for all those involved with the Lakers as it was the same leg where he had suffered a high right ankle sprain last season which caused him to miss 26 games.

The coming together of the players happened when Dwight Howard tried to intercept Bane's finger-roll with about 6 and a half minutes remaining in the second quarter. Bane ended up shooting through the net and then fell to the floor, James was next to him and did not see Bane falling on him as they both collided. The last time he rolled his ankle he ended up leaving the court because of the severity. However, LeBron James managed to get up and stay in the game where he ended up logging 40 minutes, finishing with 19 points, six assists, six rebounds, two steals, and two blocks in LA's win.

WE RECOMMEND
NBA, LA Lakers vs Memphis Grizzlies: How to watch LeBron James in action?
LeBron James, Russell Westbrook propel Los Angles Lakers past Houston Rockets 119-117
Will Lakers star LeBron James play tonight against the Cleveland Cavaliers?
What happened to LeBron James? Will he play next match against Spurs?
'Maybe he can make sequel': Hwang Dong-hyuk on LeBron James criticizing Squid Game ending
Listen to the latest songs, only on JioSaavn.com