What Happened To Seattle SuperSonics? Story Behind The Team Relocating To Oklahoma In 2008 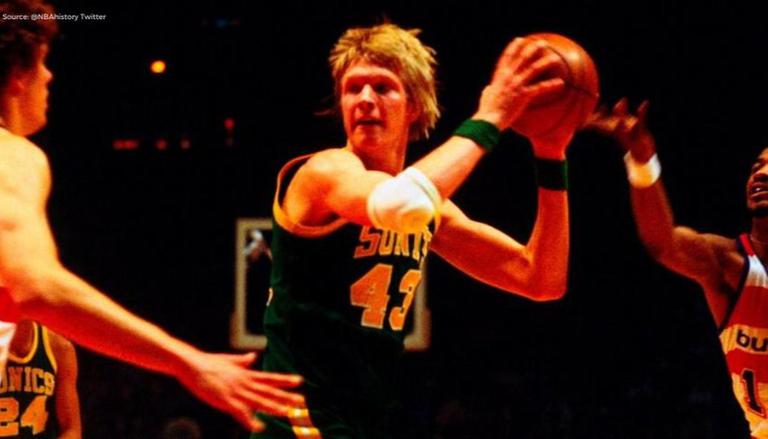 The Seattle SuperSonics NBA team played in the league from 1967, till they were rebranded as Oklahoma City Thunder in 2008. This week's The Last Dance featured the 1995-96 SuperSonics team with stars like Gary Payton. However, after the episodes aired, fans took to Twitter to ask 'What happened to Seattle SuperSonics?' and 'When did the Sonics move to OKC?'

The team is the third NBA franchise to relocate in the 2000s and had multiple lawsuits filed in its name before the NBA 2008-09 season. Here is what happened to Seattle SuperSonics and when did the Sonics move to OKC.

When did the Sonics move to OKC? What happened to Seattle SuperSonics?

In July 2006,  Aubrey McClendon, his Chesapeake Energy co-founder Tom Ward and Clayton Bennett orchestrated a deal to buy the Seattle SuperSonics NBA team (along with the WNBA's Storm) from Starbucks founder Howard Schultz for $350 million. In a letter written to Schultz, Bennett stated that they did not want to relocate either team and were willing to stay in Seattle if they were able to 'negotiate an attractive successor venue and lease arrangement'. The group were in negotiations with the town of Renton in Washington, but the Washington legislature did not put up taxpayer money in 2007.

According to emails released between Bennett, Ward and Clendon, they were happy that the team was going to move to Oklahoma. In an Oklahoma Journal-Record article, McClendon stated that they bought the team so they could move it to OKC, as it could be great for community despite being a little 'difficult financially'.

Though McClendon was candid, then-NBA Commissioner David Stern let Bennett know that there would be a 'big fine' for him. In an email to McClendon on August 13, 2007, Bennett was concerned about the legal implications his statement could have had and undermined their basic premise of 'good faith best efforts'. While Stern and Bennett cleared things between them as Stern still reportedly had faith in him, the NBA commissioner levied a $250,000 fine on McClendon.

A year later, Schultz filed a lawsuit revolving around the 2006 sale. He wanted to sell the team to a group who wanted to keep the Sonics in Seattle. The city of Seattle also sued the group as they wanted the team to play there for two more years.

However, by the time the lawsuits were filed, Oklahoma City voters had approved $120 million in tax incentives to help develop their downtown arena along with building a new facility. A 15-year lease was negotiated between Sonics and Mick Cornett, who is a former newscaster. Later, OKC threatened Schultz with a lawsuit if he tried blocking or preventing the deal.

He withdrew his lawsuit in 2008 as he thought showing everyone the Bennett group lied was not enough. The move to Oklahoma did help the team, as the teams value reportedly jumped from $268 million to $329 million in 2011.

On this day in 1994, 8th seeded Denver Nuggets complete the upset against top seeded Seattle Supersonics with an overtime Game 5 victory! #NBAVault pic.twitter.com/ohcjPJif1T

The 1995-96 Seattle SuperSonics were tough 💛💚 pic.twitter.com/iZrKOJi7PC

The SuperSonics mascot was named 'Squatch'. Between the mascot's debut in 1993 and the team's relocation in 2008, Squatch appeared in over 175 events per year. After the team moved to OKC, the character was retired and is now a part of Seattle's intellectual property after the lease settlement. The character's performer, Marc Taylor, now performs as Thunder's 'Rumble the Bison' as his contract continued after the relocation.