CWG 2022: Weightlifter Mirabai Chanu won the first gold for the country in the Women's 49kg event on Day 2. She also created a new Commonwealth Games record. 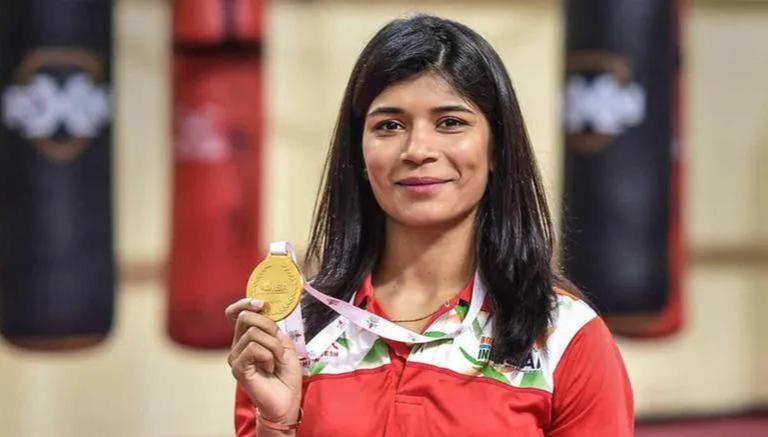 Weightlifter Mirabai Chanu won the first gold for the country in the Women's 49kg event. She also created a new Commonwealth Games record by lifting a combined weight of 201kg. Boxer Mohammed Hussamuddin beat his South African rival Azomele Dyeyi 5-0 in the Men's 57kg category to advance to the Round of 16. Saurav Ghosal won his men's singles match against Sri Lanka's Shamil Wakeel to advance to the Round of 16 in the squash event.

Meanwhile, Day 3 of the event will see some of the strongest Indian athletes taking part in various events. Boxer Nikhat Zareen is among the players who will be seen in action on Day 3.

READ | PM Modi 'overjoyed' as Gururaja Poojary wins bronze at CWG in men's 61kg weightlifting
READ | Sanket Sargar wins silver at CWG: Sehwag, Shami, others shower praises; 'proud of you'
READ | Gururaja Poojary on bronze medal at CWG 2022: 'It was my dream to see tricolour fly high'
SUBSCRIBE TO US