16-year-old Maeva Douma had a debut she will never forget as she took five wickets in her Women's T20 World Cup African region qualifier against Uganda. 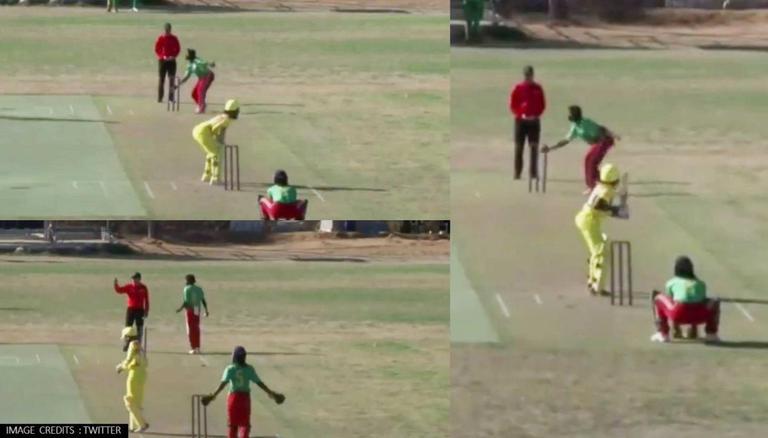 
Cameroon fast bowler Maeva Douma had a debut she will never forget as she took five wickets in her Women's T20 World Cup African region qualifier against Uganda in Gaborone on Sunday. However, it is the manner in which four of those wickets were taken that caught everyone's attention, as she ran the opponents out at the non-striker's end or 'Mankading' them as it is known.

In cricket, Mankading is the informal name given to running out the non-striking batsman while he is backing up. While the act is completely legal within the law of cricket, it has very often stirred up debate regarding the spirit of cricket. However, Douma was not phased by any of that as she was focused on one thing only, getting the players out and she did it, four times. The batters that were dismissed showed no strong reactions to the uncommon dismissals and it proved to be a futile attempt as they still managed to post a good score.

Uganda were in a very good position at the time with 153 runs for just one wicket in 15.3 over, Douma first ran batter Kevin Awino out at the non-striker's end. In the same over, top scorer Rita Musamali also lost her wicket in the exact same manner. In the last over of the innings, Immaculate Nakisuuyi and Janet Mbabazi also lost their wicket in the same way. Uganda ended up finishing with 190 for 6 after 20 overs.

However, those wickets made no difference to Uganda as they managed to bowl out Cameroon for 35 in just 14.3 overs. Concy Aweko was the top performer for the bowling side as she took three wickets and conceded only four runs in her four overs.

This was the first time Cameroon participated in an ICC event and the same for Botswana and Eswatini. In the 11-team tournament, Cameroon, Namibia, Nigeria, Sierra Leone, and Uganda are placed in Group B and is scheduled to end on September 19. Uganda are currently at the top of Group B with four points, two wins, and a loss in three games so far.