Ajinkya Rahane, who's been on the road for more than 5 months, has got a much-needed break and is finally able to spend some quality time with his daughter.

The Ajinkya Rahane-led Indian team perhaps did the unthinkable as they beat Australia in their own backyard to retain the Border-Gavaskar Trophy 2-1. The victory tasted a little sweeter as India won the all-important series decider at The Gabba, a venue where Australia hadn't lost a Test match since 1988. The visitors, who were bowled out for 36 in the first Test in Adelaide and were marred with numerous injuries and controversies, showed incredible spirit and immense character to come back from behind and seal the series with a second-string team.

After India's loss in the first Test and the departure of Virat Kohli due to paternity leave, former cricketers, as well as, fans had written off the visitors' chances. However, Rahane's astute leadership and the team's collective effort ensured that a second-string Indian side beat a formidable Australian team in their den. After returning to India, Rahane was welcomed back with a heroic reception and a massive crowd at his residence in Mumbai along the tunes of dhols and roars of 'Ajinkya is the winner'. The Indian batsman was also showered with flowers and a huge poster of an image from his century at the MCG.

The right-handed batsman currently has a week's time off before he joins the Indian team for the India vs England 2021 series that is slated to start on February 5 with the first Test in Chennai. The cricketer had been on the road since August-end where he first played in the Dream11 IPL 2020 from September to November and followed it up by featuring in a two-month-long Australian tour. It looks like Rahane has gotten the much-needed break and is finally able to spend some quality time with his daughter, Aarya.

On Friday, Rahane took to Instagram and shared an adorable photo with his daughter where both are seen having a good time. The 32-year-old captioned the photo, "5 months. 2 countries. 8 cities later, back to spending some quality time with my favourites, in my favourite city".

As soon as Rahane uploaded the photo, fans flooded the post with heartwarming responses. Several reactions poured in as fans lauded the batsman for his brilliant leadership and also appreciated his simplicity despite pulling off a spectacular. Here's how fans reacted to the post. 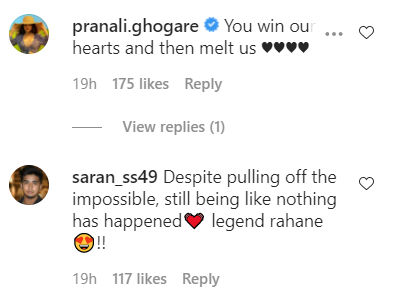 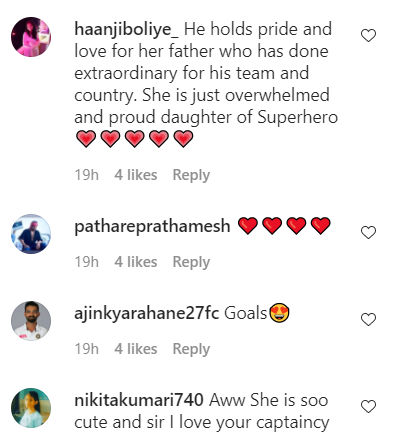 ALSO READ | Plan was to fight till the end without thinking about result: skipper Ajinkya Rahane

Disclaimer: The above Ajinkya Rahane net worth information is sourced from various websites and media reports. The website does not guarantee a 100% accuracy of the figures.