Arshi Khan revealed that her father had chosen an Afghan cricketer for her but it was likely that the family would have to call off the engagement now. 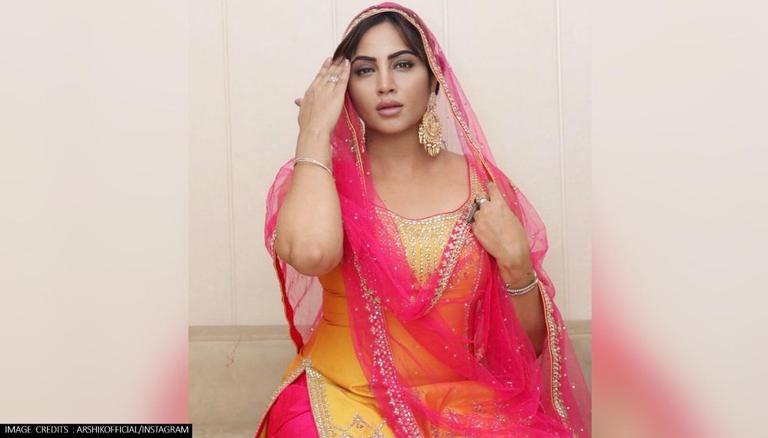 
Television Actor and Former Bigg Boss Contestant Arshi Khan expressed concerns over the Afghanistan crisis, revealing that she was to be engaged to an Afghan cricketer this October. The actor said that her father had chosen an Afghanistan cricketer for her but it was likely that the family would have to call off the engagement given the Taliban takeover of the country.

Without disclosing the name of her prospective fiancee, the Bigg Boss 11 contestant shared that the Afghanistan cricketer was the son of her father's friend and she was on good terms with him. The actress stated that it was likely that her parents would now call off her engagement and look for an Indian match for her.

Arshi Khan has her roots in Afghanistan. She is an Afghan Pathan and her family belongs to the Yusufzai ethnic group. The actor revealed that her grandfather had migrated from Afghanistan and was a jailer in Bhopal. She asserted that despite her Afghan roots, she was very much of an Indian citizen like her parents and grandparents.

A model, actor and internet personality, Arshi Khan had a considerable online presence on social media; however, she shot to fame after she appeared on the eleventh season of Bigg Boss. During her appearance on the show, the model reportedly became India’s second-most searched entertainer of 2017 after she embroiled herself in many controversies during her stint. For a very brief while, she had tried her hand in politics by joining the Congress in 2019; however, she resigned owing to 'professional commitments.'

In May 2021, Arshi shared that she was gearing up for her Bollywood debut. She stated that she will be playing the role of Champa, a simple village girl in her debut film 'Trahimam.' She has already made her Tamil film debut with Malli Mishtu and has appeared in a number of music videos and web series.