Former England captain Nasser Hussain slammed Tim Paine for his lack of 'empathy' for English players when it came to quarantining ahead of the Ashes 2021. 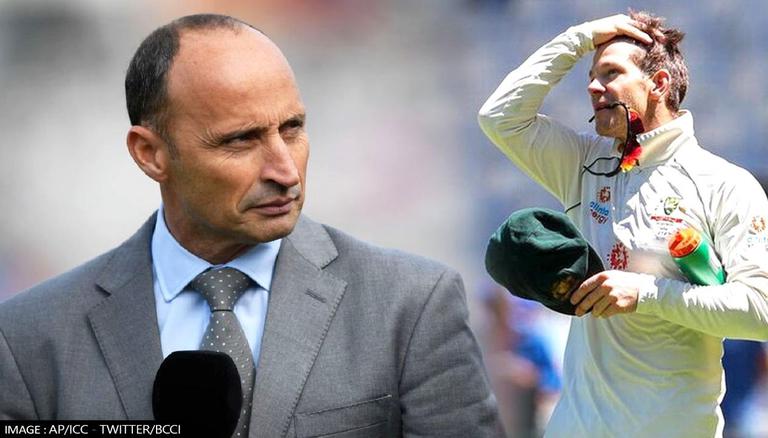 
Former England captain Nasser Hussain slammed Tim Paine for his lack of 'empathy' for English players when it came to quarantining ahead of the Ashes 2021. Hussain said that Paine did not show empathy as a fellow professional for the England team when he said that the Ashes must go forward, irrespective of whether Joe Root is present or not.

The cricketing pundit added that he believes the English captain and the rest of the team have conducted themselves well despite their hectic schedule and the time they have to spend quarantining.

While writing his column for the Daily Mail, Nasser Hussain slammed Tim Paine for his lack of empathy. The former English captain wrote, "When Tim Paine, Australia's Test captain, spoke recently, I didn't hear much empathy from a fellow professional. Now others have jumped on the Ashes bandwagon as if England are somehow trying to dodge an important series."

Earlier, Paine had said that the Ashes 2021 will move ahead irrespective of whether key English players arrive for the series or not. "They'll have a choice to make, you either get on that plane or don't," said the Australian Test captain on radio station SEN. Paine added that no one was 'forcing' them to come as he insisted that if they 'don't want to come, don't come. The Ashes are going ahead. The first Test is on 8 December, whether Joe (Root) is here or not.'

READ | Ashes 2021: 'If you are selected, you should go' says Andrew Strauss to England squad

Nasser Hussain insisted that there is a significant gap when it comes to England's travelling schedule as compared to Australia's. In his column, the former English captain wrote, "England have played 18 Test matches since the start of the pandemic in March 2020. That's five more than anyone else - and 14 more than Australia, whose four Tests all came at home against India last winter. I'm quite proud of the way in which England's Test team have kept the show on the road in difficult circumstances, moving in and out of bubbles and spending time away from their families. It's draining. Mental health has suffered."