Hafeez, in the video, said that Rohit might be feeling the pressure of captaincy and facing a lot of problems, including concerns regarding his own form. 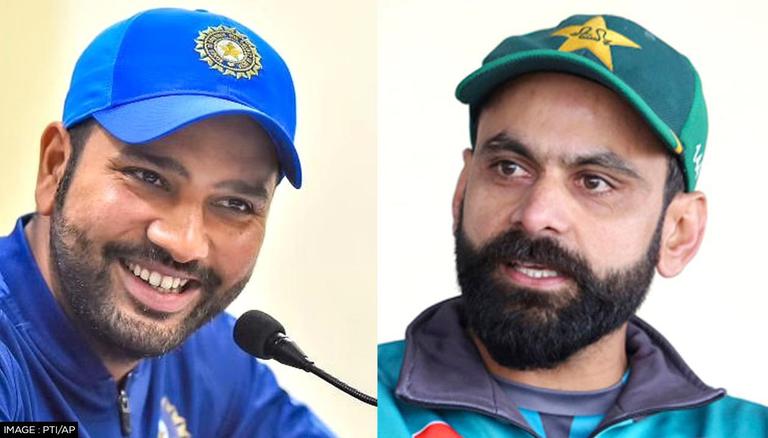 
Former Pakistan captain Mohammed Hafeez on Wednesday said Indian skipper Rohit Sharma was looking "confused" and "scared" during their match against Hong Kong at the ongoing Asia Cup. Hafeez took to his official Twitter handle to share a video, where he said that Rohit had weak body language against Hong Kong and looked scared and confused. He also added that the "new approach" being talked about by Team India was not reflected by Rohit and predicted that the 35-year-old won't continue as captain for long.

My opinion on @ImRo45 captaincy in Asia cup #GameOnHai pic.twitter.com/dBzVX2Pgfu

Hafeez, in the video, said that Rohit might be feeling the pressure of captaincy and facing a lot of problems, including concerns regarding his own form. Hafeez said the Rohit he had seen before was a different player who used to score runs confidently and was always enjoying the game. Netizens, however, slammed Hafeez for his bizarre take on Rohit as they took to the comment section to explain to him why the Indian skipper did not celebrate after the win against Hong Kong.

You're talking about his flow and intent? He has strike rate of 150+ since last World Cup and that's how he's keeping his word that they wanna play with different approach. Instead of looking at body language, look at strike rate @MHafeez22

Wahiyaad analysis. What do u expect him to do after a win against HK ? Run around the ground fist pumping and chest thumping like imran tahir ?
He was probably unhappy with India's bowling in the last 2-3 overs and hence that expression. Ye BODY LANGUAGE nonsense bandh karo.

Team India beat Hong Kong by 40 runs to book a spot in the Super 4 of the Asia Cup. It was Rohit's 31st win as skipper in T20Is as he became the second most successful captain for India in the format after MS Dhoni. However, Rohit failed to put up a solid performance on the personal front as he scored just 21 runs against Hong Kong before being dismissed. Rohit has not looked in good form for the past several months and will be hoping to do well in the upcoming matches for India.

As far as the ongoing Asia Cup is concerned, India have already qualified for the Super 4 stage courtesy of their back-to-back wins against Pakistan and Hong Kong in their Group A matches. India will play either Pakistan or Hong Kong in their first Super 4 game depending on the result of tonight's match between the two sides. Pakistan are expected to win the game against Hong Kong considering they have a superior squad. India will play their next game on September 4.

READ | Asia Cup: SL coach reveals reason behind use of coded signals vs BAN; 'No rocket science'
SUBSCRIBE TO US