'Babar Azam Will Know Pak's Strength When They Face India': Kamran Akmal Ahead Of T20 WC 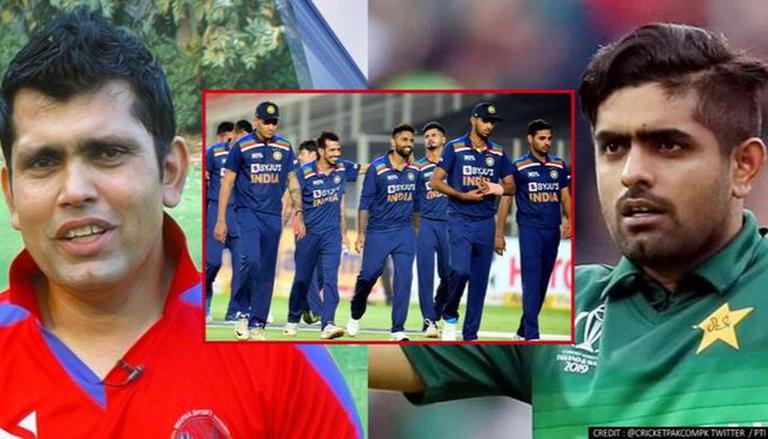 Kamran Akmal outlined that Pakistan tends to play with weaker teams and therefore they struggle when matches against bigger opponents come along. "Luckily, the teams Pakistan has played against in the past seven or eight months have lacked their top players but I'm sure the coach, selectors and Babar know where their team stands when they will come up against the likes of India, England, and Australia. I don't think they want to admit that this but things will become clear going forward," said Kamran.

Kamran Akmal believes that Babar Azam has shown commendable improvement while captaining the Men in Green. However, he needs to bring a change in his selection policy. Kamran said, "Babar Azam is improving as a captain with passing time. Although, he needs to bring improvement in his selection policy. Inzi [Inzamamul Haq] and Younis [Khan] bhai were very strict in this matter. They valued domestic experience over short-cut selections. Babar needs to understand that this will affect team performance in the future."

READ | PSL steals ahead of IPL? Pakistan Cricket Board asks UAE if it can host tournament

The former wicket-keeper also urged Babar Azam and PCB to bring back Mohammad Amir and Wahab Riaz for the T20 World Cup as they have experience of bowling on flat pitches of India. "The situation will be clear after the tour of England. Mohammad Amir and Wahab Riaz should be included in the side. Amir has four to five years of cricket left in him, while Riaz can play for another two or three years. Experience is very important. Pakistan needs mature bowlers bearing in mind the flat nature of pitches in India,” added Kamran Akmal.

The ICC T20 World Cup is slated to be held in India later this year. The ICC and the BCCI have indicated that if the COVID-19 situation in India remains grim, the tournament will be shifted to a neutral venue, most probably to the UAE. However, the BCCI officials have confirmed that the shifting of the event will only take place in case the situation fails to improve by October.

READ | Pakistan pacer Mohammad Amir sends prayers to India amid COVID: 'We are all with you'

After quitting cricket at the age of 24, former Pakistani cricketer Sami Aslam made stunning revelations concerning the cricketing culture in Pakistan, and how the environment had pushed him into depression for two years. Aslam recently opened up on the 'favouritism' within Pakistan cricket, sharing how he always relied on on-field performances rather than sucking up to coaches or team management, something that set him on a backfoot.  "There’s 3-year eligibility and I will qualify to play for America in November 2023. I’ve not even 1 per cent regret. I am really happy after being depressed in Pakistan for 2 years. I was in a bad place due to coaches and events in Pakistan and the way they treated me,” he stated.

READ | 'I was in a bad place': Sami Aslam makes shocking revelations about Pakistan cricket