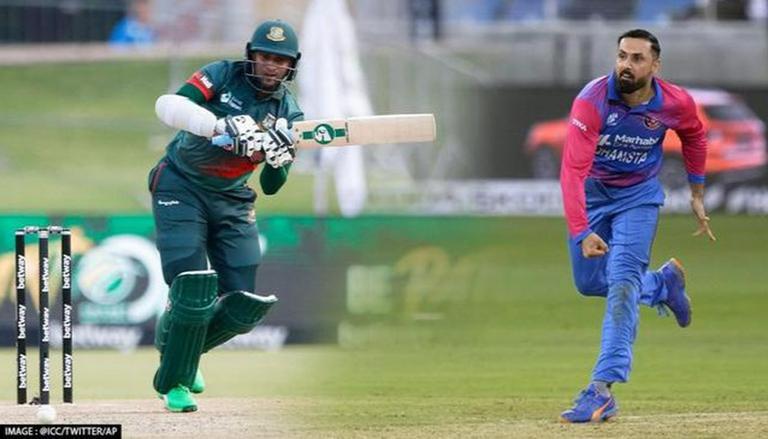 
The Bangladesh cricket team is all set to begin their Asia Cup 2022 campaign on Tuesday evening at the Sharjah Cricket Stadium in Sharjah, UAE. Bangladesh is up against Afghanistan in its campaign opener, who is coming off a brilliant eight-wicket win over Sri Lanka on Day 1. A victory will secure the Afghan side’s place in the Super 4 stage as the Group B table topper, while Bangladesh seeks to begin its campaign on a high.

Bangladesh won the toss and chose to bat first.

Bangladesh and Afghanistan have faced each other in a total of eight T20Is previously. In terms of head-to-head stats, Afghanistan has emerged as the front runner with five wins, while Bangladesh has three victories to its name. In the Asia Cup tournament, both teams have clashed thrice, with Afghanistan winning on two ocassions.

Bangladesh skipper Shakib Al Hasan will be a must pick for fans in fantasy teams. The allrounder is expected to contribute in both departments.

Afghanistan’s Fazalhaq Farooqi was one of the best performers for the team in their match against Sri Lanka, with a contribution of 3/11.

Bangladesh pacer Mustafizur Rahman has 91 wickets to his name in 61 T20I games.

Mohammad Naim has scored 809 runs in 34 matches for Bangladesh.

Hazratullah Zazai scored 37 runs in the last game for Afghanistan.

Rahmanullah Gurbaz hit 40 runs for Afghanistan in the previous match.

READ | Asia Cup 2022: Hardik Pandya highlights MS Dhoni's influence on his role as a 'finisher'
READ | Will staunch rivals India & Pakistan face each other again in Asia Cup 2022? EXPLAINED
SUBSCRIBE TO US