Bangladesh Vs Pakistan: Fans Slam Shoaib Malik After Getting Out In The 'laziest Manner'

Shoaib Malik was dismissed in perhaps the 'laziest manner' ever seen in history despite his years of experience. The 39-year old was playing his 450th T20. 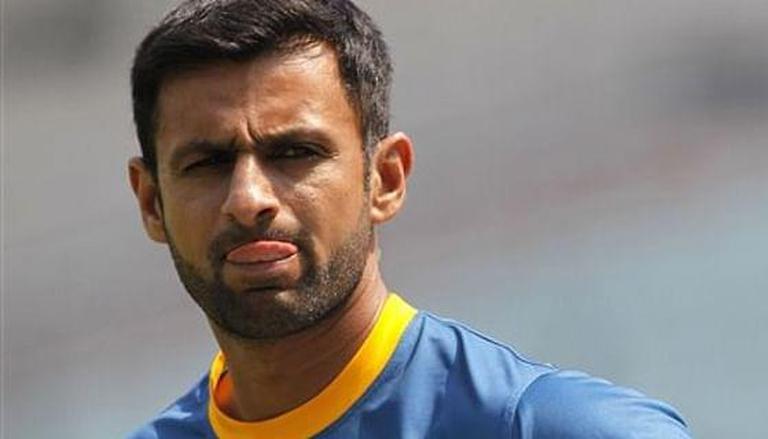 
Although Pakistan defeated Bangladesh in the first T20I of the three-match series, their performance was overshadowed by a bizarre moment that took place during the game. 39-year old Shoaib Malik was dismissed in perhaps the 'laziest manner' ever seen in cricketing history despite his years of experience. The game against Bangladesh was the Pakistani all-rounders' 450th T20 game.

Because of the manner in which the Pakistani all-rounder got out, several fans took to social media to criticize him for his unprofessionalism.

What a bizzare way to get out for Shoaib Malik. 🤣 pic.twitter.com/7DD4EBhA4K

BAN vs PAK: Netizens slam Shoaib Malik for his unprofessionalism

One netizen slammed Shoaib Malik by calling him 'shameful and pathetic for getting run out the way he did. They were so annoyed with the Pakistani all-rounder that they rhetorically asked him if he was 'sleeping' during the game. As seen in the video above, rarely has any cricketer been so clueless. The least that could be expected of Malik is to put his bat in the crease.

Another fan posted a snippet of Malik's lazy reaction and seemed to suggest that experience is pointless when cricketers seem so unmindful.

Similarly, another netizen stated that Malik got dismissed in 'such a comical way' despite having 'so much experience.'

Shoaib Malik - so much experience, still such a comical way to get out !#BANvPAK

Another social media user seemed to be in disbelief when they saw the manner in which the Pakistani all-rounder got run out.

Meanwhile, another fan could not help but laugh at Malik, calling his dismissal 'lame.'

That was so lame Shoaib Malik 😂🤣

Some other reactions can be seen below.

A direct hit and Shoaib Malik is careless to put his bat inside the crease #BANvPAK pic.twitter.com/blkxV6JPwe

Poor way to get out in cricket is run-out but this really was more than that. Extremely lazy work from Shoaib Malik, you can't expect that from a experienced campaigner in such a crucial situation. Pakistan are 30-4 now after 7 overs, chasing 128. #BANvPAK #PAKvBAN pic.twitter.com/im4qNGbQ9f

Despite the embarrassing performance of veteran Shoaib Malik, Pakistan picked up the victory against neighbouring rivals Bangladesh in their first T20I. The Men in Green chased down the target of 128 runs with four balls to spare. Several cameos from Fakhar Zaman (34), Khushdil Shah (34), Shadab Khan (21) and Mohammad Nawaz (18) helped the Babar Azam-led side get over the line. Meanwhile, the man of the match was given to Hasan Ali for his outstanding bowling figures of 3/22 in his four-over spell.