Batsman To Batter: Why ICC’s Ungendered Language Measure Is Significant & Why We Need It

The step taken by the ICC has ignited the discussion on how pervasive a tool a language is to perpetuate gender discrimination. 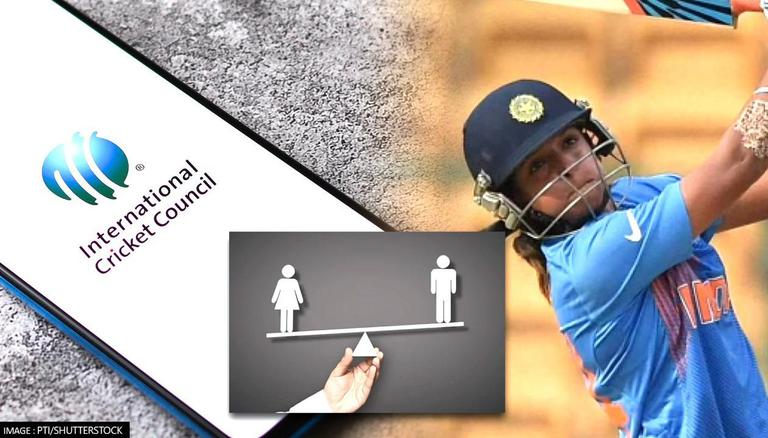 
Decades after the inception of the women's cricket tournaments, a ‘batswoman’ has now gained an equal identity in the sports arena, where a ‘batsman’ holds dominance. Scrapping the gendered annotation from the cricket rulebooks, the International Cricket Council (ICC) on October 7 announced that from now onwards, the word ‘batsman’ will be replaced by the word ‘batter’ to demonstrate a gender-neutral identity in all forms of cricket.

The step taken by the ICC has ignited the discussion on how pervasive a tool a language is to perpetuate gender discrimination. In the most subtle and unnoticeable ways, terminology may have imbibed gender biases in different areas.

When one speaks a highly gendered speech, we tend to highlight gender distinctions in the mind of the speaker as well as the receiver, which results in more prominent gender roles and bigger socioeconomic inequities between men and women. Gendered language has far-reaching consequences, more than one may think. The use of gendered language also contributes significantly to gender inequality at work, potentially resulting in fewer women working or taking up powerful positions.

How does a language perpetuate gender discrimination?

Reflecting on the pertinent issue of making our languages, gender-neutral and on the ICC’s latest measure, Dr Savita Aggarwal, Associate Professor at Institute of Home Economics, Delhi University, who has taught Gender and Communication to students for over three decades, explains, “Our language has not been gender-neutral, we often use words that should not connote specific gender, yet these words somehow are gendered lexically, for eg. use of word policeman, chairman, fireman, stewardess, etc, strikes a reflection of gender in people’s perception. Similarly, there are some words that are denoted to reflect positions of power, these words specifically, are highly gendered as they commonly assert masculinity, underlining that a man is holding that position.”

“The use of words like ‘Chairman’ makes us subconsciously perceive that a chairman is a man, or even if we notice the word ‘mankind’, where man has been assumed to be the prototype human reflects that the male superiority has been imbibed in the language.”

“Not just English, many languages are gendered, for instance, in Hindi, words like crorepati, lakhpati, which literally means (a person who has lakhs/ crores of money), these words should not have a gendered connotation, but in the way we grammatically and syntactically use them signify that these words are meant to be used for males, since the word ‘pati’, a suffix in Hindi, is used to call out a male person or a husband. The system of matras in Hindi also connotes gender specifically, making the language highly gender-biased,” Dr Aggarwal remarked.

Speaking on the same, Shampa Sengupta, a disability & gender rights activist, Joint Secretary of National Platform for the Rights of Disabled (NPRD) and founder of Sruti Disability Rights Centre, says, “Since childhood, we are enforced to have an impression that sports are for boys/ men, who are tough and strong, similarly a batsman is presumed to be a ‘man’, there’s a gender identity attached to this word which erects the gender disparity. On the other hand, when we promote the use of the word ‘batter’ there is no identity attached to it. The person can be of any gender, hence the usage is of gender-neutral words is pertinent.”

READ | If COVID-19 scare in T20 WC: ICC's committee will deal with it not members, Interim CEO Allardice

How to cultivate an ungendered language?

Dr Savita explains, “The use of the gender-neutral words should be made more widespread, we should consciously implant these words in our language by using them in books, in novels and even in official documents and in journalistic writings. We often witness, in school books, a chairman or a policeman is demonstrated by a male figure, that’s how it becomes ingrained in a child’s mind that these roles are only played by a male, however on using the words like- chairperson, or police personnel, there’s a gender-free mental impression, as a chairperson could either be a male or a female.”

Shampa Sengupta on the same, adds, “In our college days, we consciously started writing Dear Sir/ Ma’am, instead of only Dear Sir in the e-mails to reflect on the need of acknowledgement of women in a position of power. The use of gender-neutral language will put us further in the battle to eradicate gender biases ingrained in our culture and lifestyle. In a long run, the word will adopt the usage of the gender-neutral words like, ‘batter’ and it will be a part of our routine, our culture naturally.”

Our languages are not very inclusive when it comes to denote the third gender. We don’t have sufficient words to represent them, words that could resonate with their identity, it is unfair to use notations for them to which they cannot relate to. Highlighting the need for inclusivity in our languages, Sengupta adds, “In language, the terminology is very important, it impacts our lives, our understanding of the society. There is a lot of discussion around the usage of pronouns -- he/ she or they. For transgender people, or people belonging to LGBTQ, the usage of pronouns is very different. Times are changing and languages are never static, they are always evolving, so it’s important to adapt to these changes.”

Pinpointing that un-gendered language is needed for the inclusion of all, Dr Aggarwal asserts, “We must do away with the gendered words which denote gender specifically to cultivate an unbiased society. This is also important to acknowledge the existence of the third gender or people belonging to the LGBTQ community, as they often lack representation.”

Is ICC’s announcement enough to eradicate gender discrimination in cricket?

When asked if the measure was enough to outdo the gender discrimination in cricket, Dr Savita Aggarwal said, “The ICC’s announcement of replacing the word ‘batsman’ with ‘batter’ for official usage is a welcome step. This will help to aware people of how language plays an invisible yet significant role to perpetuate gender discrimination. However, using gender-neutral words is not a magic wand, the attitude of the people towards women has to change, acceptance and acknowledgement of women in significant roles, in powerful positions, has to be achieved to move closer towards eradicating gender inequality. In cricket, and in other sports too, we observe disparities in the amount of money being invested in men's & women's tournaments, in advertisements with respect to their tournaments and even in the popularity of a male or a female sportsperson. The measure taken by the ICC is significant, yet small, much more has to be done to outdo the gender disparity.”

Appreciating ICC’s announcement Shampa added, “It definitely will have a longer-lasting impact on society, the use of a neutral word, will not reveal the gender of the person we are talking about, whether it is a male or a female or any other gender, there will be no pre-assumed notion or gender bias in people’s mental representation. But more has to be done to achieve the further goal to end gender discrimination, this measure should encourage all stakeholders to make creative changes to overcome gender biases.”