The Brisbane Heat's game against the Sydney Sixers has been rescheduled after some Heat players tested positive for COVID-19 on Tuesday morning. 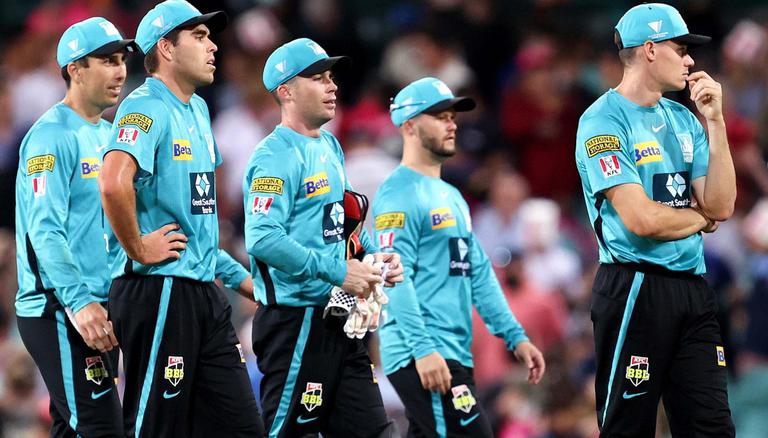 
The Brisbane Heat's game against the Sydney Sixers has been rescheduled after some Heat players tested positive for COVID-19 on Tuesday morning. The game is the most recent to be affected by the ongoing pandemic, which has already impacted four Big Bash League matches so far this season. Brisbane Heat were slated to play against Sydney Sixers at Metricon Stadium this evening, however, Cricket Australia (CA) has now confirmed that the Perth Scorchers will step out to face the Sixers tonight.

Due to positive rapid antigen tests in the @HeatBBL camp, their appearance at Metricon Stadium has been pushed back to tomorrow night ⬇️

With multiple teams based at the same venue, the Heat's game against the Sixers has now been postponed to Wednesday night. Meanwhile, Wednesday night's game between Perth Scorchers and Sydney Thunder has now been shifted to Thursday and the Scorchers' game against the Sixers has been rescheduled to Thursday. Cricket Australia has said it will inform the ticketholders directly about the changes made to the schedule.

"The League and Clubs have learned to be nimble in the current environment and we are pleased that we have found a solution to help safeguard all three matches so quickly," Big Bash League General Manager, Alistair Dobson, was quoted as saying by cricket.com.au.

It is unclear how many Heat camp members have tested positive for COVID-19. According to the BBL rule regarding COVID-19 positive tests, any member who receives a positive result must isolate for at least seven days. In the event that a player tests positive, the regulation allows franchises to call for a replacement. The Heat has stated that replacements will be named within the next 24 hours.

Meanwhile, Hobart Hurricanes fast bowler Josh Kann on Tuesday, January 4, was ruled out of Wednesday's game against Adelaide Strikers. Kann was deemed a close contact of a person who tested positive. Kann himself has returned negative results upon taking tests for COVID-19. Last week, the BBL match between Melbourne Stars and Perth Scorchers was called-off hours before the start due to the emergence of the COVID case in the Stars camp.

As per reports, 7 players and 8 support staff members returned positive results upon taking rapid antigen tests ahead of the match between the Stars and the Scorchers. Reports suggest that Cricket Australia (CA) is contemplating moving all teams to a single location in order to quickly resolve the scheduling issues in case of more COVID-19 positive tests.