CCMH vs ME Dream11: Get all the match details, weather and pitch report and probable playing 11s for the upcoming Dream11 St. Lucia T10 Blast 2021 game. 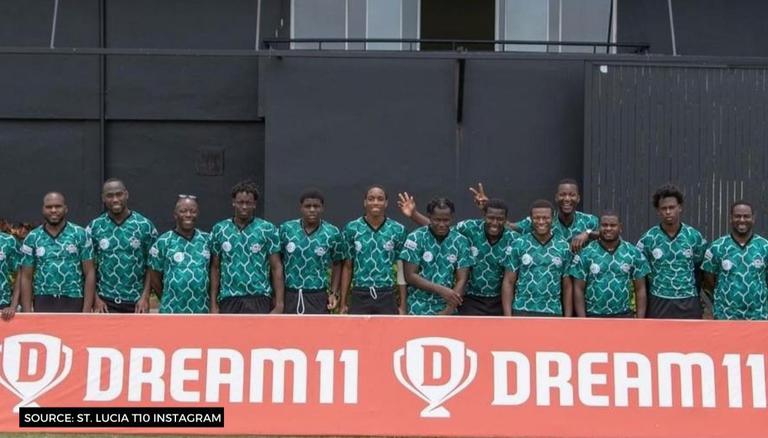 CCMH vs ME dream11


The Central Castries Mindoo Heritage will take on the Micoud Eagles in the 25th match of the Dream11 St. Lucia T10 Blast 2021. The match is set to begin at 9:00 PM IST (11:30 AM local time) from the Daren Sammy National Cricket Stadium, Gros Islet on May 12, 2021. Here is our CCMH vs ME Dream11 prediction, team, and fantasy top picks.

The Dream11 St. Lucia T10 Blast 2021 table toppers, the Micoud Eagles will play the Central Castries Mindoo Heritage in their final group stage game of the tournament. Undefeated after six matches and with a massive 12 points to their name, the Eagles are sure to make it into the playoffs as the top-ranked team. Having won their last match against the Vieux Fort North Raiders with a massive 25-run margin, the side will be in good spirits in this game. Meanwhile, with no way to make it to round two, the Central Castries will look to extend their current winning streak to two games, with a win in this match.

CCMH vs ME player record

With 141 runs from six matches, Micoud Eagles' Mervin Wells is the tournament's second-highest scorer so far. Not far behind him, with 123 runs, is the Castries' Stephen Naitram, who is third on the list. Lanse Sammy has been the best bowler of the tournament, having picked up 7 wickets in just four games so far. Meanwhile, Jaden Elibox is the pick of the bowlers for the Central Castries, with 3 wickets from three matches.

READ | IPL 2021: List of top cricketers who are set to back out of tournament even if not paid

CCMH vs ME: Pitch Conditions and Weather Report

The pitch at the Darren Sammy National Cricket Stadium has historically been a bowling-friendly one. However, with an average first innings score of 109 in the last five games, the surface is turning into a batsman's dream as the tournament progresses. The captain winning the toss should choose to bowl first. Accuweather predicts rainfall from 12-2 PM local time at Gros Islet, meaning that the match may be interrupted. The temperature is expected to be around 28°C, with 67% humidity and 73% cloud cover.

CCMH vs ME best team: Captain and Vice-Captain Selection

Stephen Naitram and Mervin Wells will be perfect options as captain or vice-captain.

CCMH vs ME Dream11 Team

CCMH vs ME Dream11 Prediction

According to our CCMH vs ME Dream11 prediction, the Micoud Eagles are likely to edge past the Central Castries Mindoo Heritage and win this match.

READ | Kane Williamson, Rashid Khan set to skip IPL 2021 if held in September; here is why